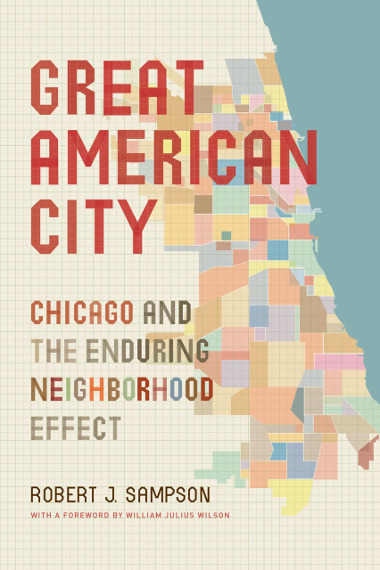 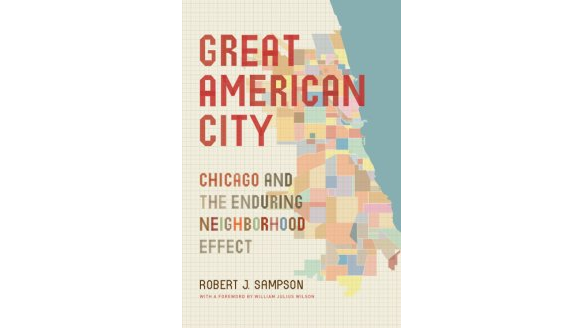 The importance of the neighborhood in Chicago and elsewhere

Eliza Benites-Gambirazio - 19 March 2014
Lire en français
The latest work by Robert Sampson, released to positive reviews, shows the sustainable effects of internal social dynamics within neighborhoods in terms of the vulnerability of their residents and the reproduction of these dynamics over time. It calls for action to be taken as a matter of priority to change the way social life is organized in underprivileged neighborhoods.
Reviewed: Robert Sampson, Great American City: Chicago and the Enduring Neighborhood Effect, Chicago, University of Chicago Press, 2012, 552 pages.
ghetto / segregation / inequalities / neighborhood / Chicago School / neighborhood effects / United States / Chicago
Download PDF

Published in 2012, Robert Sampson’s book immediately became a must-read of American sociology for those who are interested in inequalities and socio-spatial segregation. A special issue of City and Community on the book (City and Community 2013) and the discussion held by the American Sociological Association in New York demonstrate the particular interest generated by this work. [1] Great American City marks the culmination of over 10 years of work on social inequality, criminology, and civic engagement in the neighborhoods of Chicago. [2]

The books fits into the tradition of the Chicago School of criminology studies and the more contemporary research on the forms and consequences of socio-spatial segregation on equal opportunities, as well as the importance of the social environment for access to employment (Mayer 1996; Wilson 1996; Sharkey 2013) and career aspirations (MacLeod 1995; Edin and Kefalas 2005).

The great success of the book in the United States is due both to the chosen unit of analysis – the neighborhood [3] – and to the wealth of methods and data used by Sampson. He combines local statistics with survey questionnaires and systematic social observations on a longitudinal scale and for the entire city of Chicago. He demonstrates how neighborhoods impact social change. The vulnerability of certain areas is not exclusively linked to the socio-economic status of their inhabitants but results from internal dynamics – a lack of civic engagement, a lack of collective efficacy, high criminality or low residential stability – which, despite residential mobility, remain stable over time. This approach has important political consequences: the results lead Sampson to advocate for interventions at the neighborhood level to reinforce collective efficacy and address the lack of public services, such as a network for the prevention and screening of Aids and interventions by educators and the local police (community policing).

From social disorganization to collective efficacy

In the 1920s, the rise in urban violence and the emergence of ghettos, correlated with a growing interest for the study of the causes of criminality, led US researchers from the Chicago School to theorize on the conditions of the emergence of crime and social disorder. [4] The social disorganization theory argues that some peer groups – young people, usually – produce a system of values bridging social norms delimited by society, and that the absence of control and social pressure on individuals from the social institutions present in the community (family, churches, schools, political groupings, etc.) lead to delinquent behaviors such as vandalism, assaults or drug dealing (Thomas and Znaniecki 1918; Sutherland 1924; Park and Burgess 1925; Shaw and McKay 1942).

Based on this theory, the notion of collective efficacy developed by Sampson is extended and operationalized with the addition of two elements: social cohesion and informal social control. Social cohesion is measured by respondents’ level of agreement with five statements on solidarity, cohesion, trust, understanding, and common values shared by residents of the same neighborhood. Informal social control refers to the potential for intervention of the inhabitants of the neighborhood facing five cases: the presence of children who do not go to school and hang out in the neighborhood, the inclusion of illegal graffiti on the walls of a building, the lack of respect for an adult, a fight between young people, and the threats of a fire-house closure.

Sampson begins with an observation about the relative stability of poverty in certain neighborhoods. Some neighborhoods have benefited from public investment policies and experienced gentrification, but the majority of the neighborhoods that were poor in 1970 remained poor in the 1990s. To study the impact of residential flows between neighborhoods on socio-spatial inequalities, the author considers residential mobility, and more specifically inflows and outflows between the different neighborhoods of Chicago. Only a few neighborhoods have a very high rate of attraction or repulsion. Most have equivalent input and output rates. There exists a residential homophily: similar neighborhoods in terms of social conditions (poverty, socio-ethnic composition) experience high rates of residential exchanges. Local structures such as associations further strengthen reciprocal mobility (“cohesive communities”). Sampson remarks, moreover, that flows do not cross “the barrier of social disorder”: he observes dense residential flows between the neighborhoods with a high level of social disorder, very little movement between others, and vice versa. Furthermore, the results of the surveys show that the mobility decisions of ethnic minorities leaving the central neighborhoods of Chicago to settle in the suburbs are not so much influenced by a change in their economic or family situation but by the “perception of social disorder in the neighborhood” (p. 298). More generally, upward social mobility is uncommon and residential immobility (or mobility between areas with similar poverty rates) is high for poor families and even more so for black and Latino populations.

The book investigates the ties between leaders and institutional elites within and outside the different communities and their influence on the social problems of their neighborhoods. On the basis of 2,800 interviews with leaders and experts in a number of fields (law, politics, education, economy, religious groups, and community and neighborhood associations) interviewed in 1995 and 2002, Sampson studied the structure and stability of these elite networks (relations between different local elites, density of ties, and the differentiated centrality of the neighborhoods in the overall structure of ties) according to the socio-ethnic composition of the neighborhood, the level of collective efficacy, and the presence and density of the organizational fabric. Local and educational elites represent 25% of the sample, legal, religious and economic elites represent between 12% and 17% of the sample, and politicians only 6%. The more institutionally connected the leaders of local organizations and politicians are, the more closely they are connected to the religious leaders. Religious leaders, for their part, are highly integrated with the other elites and enjoy a certain degree of political influence. The results of the survey demonstrate that the structure of networks of elites, while stable over time, varies from one community to another. Communities with high levels of cohesion between elites tend to have greater collective efficacy. Differences in the structures of these networks cannot be fully explained by the socio-economic and ethnic composition of the population. The density of the elite networks partly explains the well-being of communities. Furthermore, residential flows between neighborhoods are closely related to the existing ties between the elites of these neighborhoods.

This book may, at first sight, appear a little dry to regular readers of French sociology, unfamiliar with American studies of “stratification,” whose main objective is to clarify the mechanisms of upward social mobility. This approach indeed can be criticized on the basis of its instrumental and normative orientation: neighborhoods with dense elite networks, and where the levels of control and social order are higher, have greater collective efficacy, allowing for an improvement in well-being.

The discussion of the concept of neighborhood is somewhat neglected in this work and we regret that the author does not mention the difficulties presented by the statistical overlap between formal neighborhoods and living spaces that make sense for its residents (city blocks, halls of apartment buildings, etc.). In addition, Sampson makes partial use of the traditional variables of US quantitative surveys, which reduce social variables to the median income and the ethnic composition of neighborhoods.

Chamboredon and Lemaire (1970) laid the first foundations of French sociological investigations into the impacts of the morphology of neighborhoods on the dynamics of social stratification and in particular the perception and formation of social groups. However, Great American City can be more easily compared to the Le Ghetto français, in which Maurin (2004) argues that the reality of French neighborhoods is characterized not by a separation between the included and the excluded, but rather by a phenomenon of avoidance of social groups that are on the next rung down on the social ladder. While Maurin sees the “quality of the neighborhood” as a crucial variable for access to dominant positions (the upper classes being better off in their social interactions than the lower classes), Sampson goes much further in his analysis: social indicators are strongly influenced by the structural and collective dynamics produced within the neighborhood. The innovative aspect of Sampson’s work does not lie in his theoretical concerns but rather in his ability to operationalize theoretical concepts by offering a systematic measurement of the effects of socio-structural mechanisms on well-being, quality of life, and the persistence of social inequalities.

Eliza Benites-Gambirazio, “The importance of the neighborhood in Chicago and elsewhere”, Metropolitics, 19 March 2014. URL : https://metropolitics.org/The-importance-of-the-neighborhood.html

[2] Data collected since the 1990s in the context of the PHDCN (Project on Human Development in Chicago Neighborhoods).

[3] The neighborhood is considered as a unit of analysis like the individual because the central hypothesis is that the neighborhood structures thinking habits, social relations, welfare. “Inequality between neighborhoods” is a central process of social stratification in the United States.