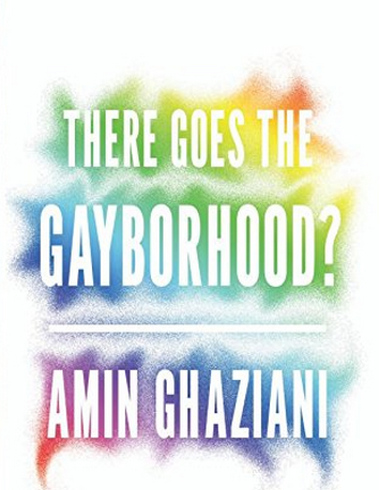 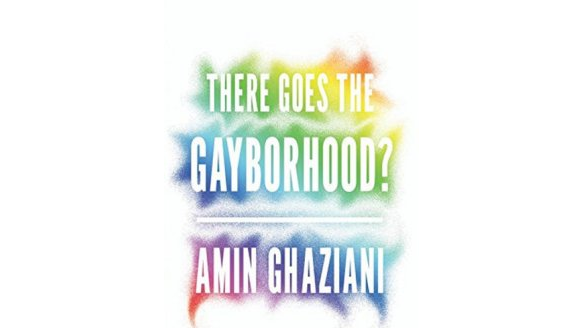 All the Gayborhoods are White

Marcus Anthony Hunter - 19 May 2015
The urban “gayborhood,” the place where gay men and women found refuge for their sexuality from bigotry, is gradually changing demographically and culturally in today’s “post-gay” era. In his review of Amin Ghaziani’s book about the implications behind this transition, sociologist Marcus Anthony Hunter considers the omission of race from our understanding of the traditional gayborhood, and reflects on the role of social exclusion in urban spaces characterized by their inclusion of marginalized groups.
Reviewed: Ghaziani, Amin. 2014. There Goes The Gayborhood?, Princeton: Princeton University Press, 349 pages.
gentrification / gender / homosexuality / exclusion / neighborhood / race / gay / LGBTQ+ / gay flight / gayborhood / United States / Chicago
Download PDF

Last night I had the great fortune of attending Sweet Tea: Black Gay Men of the South, a play based upon the pioneering Black queer scholar-artist E. Patrick Johnson’s ethnographic book of the same title. Throughout Sweet Tea, Johnson embodies the voices of Black gay men across the US South, through the perspectives of the many men with whom he spoke and interviewed. We learn of the complexities of being Black and gay in Baton Rouge, Louisiana; Washington, DC; and Raleigh–Durham, North Carolina (to name a few). I had arrived to the play just after completing my reading of Amin Ghaziani’s There Goes The Gayborhood?—an analytically rich exploration of gay-dominated (and to some degree lesbian) neighborhoods in the United States, most specifically Chicago. The book especially takes up the important question of whether or not the disappearance of predominantly gay neighborhoods indicates new urban problems or new urban possibilities. Drawing on a combination of archival, interview and ethnographic data, Ghaziani explores the rise, fall, and relative importance of establishing, sustaining and maintaining predominantly gay urban neighborhoods.

While there is much to take from the book, watching Johnson singing and dancing through the narratives, pain, and triumphs of Black gay Southern men, I was reminded of the possibilities and problems of the central concept of Ghaziani’s work—the gayborhood. Entrenched in Whiteness, virtually middle class (socially and/or economically), “gayborhoods” such as Chicago’s Boystown, New York City’s Chelsea, and San Francisco’s Castro are as much sites of free expression as they are sites of intragroup oppression and marginalization. There Goes The Gayborhood? solidly covers the former, though, I must confess, I wished the book were more attentive to the latter.

First to the merits, which are many. Once invisible areas of the city, urban gay neighborhoods have become featured in many city maps and tourism ephemera as places to see, eat, party, and understand the city writ large. Ghaziani powerfully builds from this contemporary reality to reveal the historical, political, and economic consequences of the heightened visibility of LGBT citizens and the neighborhoods in which they predominate. In so doing, the book disrupts, for example, the functional arguments of the creative index offered by prominent scholar Richard Florida (2002).

Where Florida privileges the role gay neighborhoods have in drawing the creative class of the economy (artists, entrepreneurs, single and highly educated laborers) to urban America, Ghaziani demonstrates that existing perspectives like that which Florida offers “exploit gay neighborhoods as urban amenities that local officials can use as markers of ‘tolerance’ to lure a creative class of workers who allegedly will shape the future of our cities” (p. 7). Throughout the first half of the book, Ghaziani successfully illustrates the limitations of Florida’s argument. The book also shows that understanding changing gay neighborhoods through the lens of gentrification does not offer a full or generative explanation for the ebbs and flows of the gayborhood. Social-class analysis cannot fully explain turnover and change, especially as class diversity is a key aspect of contemporary gayborhoods even before gentrification takes hold.

The new openness and opportunities some gays and lesbians, especially those who are White, have experienced in the “post-gay” era has meant that the urgency that gave rise to the gayborhood is now not as potent as it once was. In recent decades, gay and lesbian Whites have experienced opportunities to live and work in neighborhoods previously closed to them. This “gay flight”—the out-migration of gay residents from the neighborhood to other areas of the city/suburbs—has left these gayborhoods without the robust residential makeup that protected the neighborhood from change in its composition. As gay residents left, so too did a lot of the activism and protection that frustrated change and turnover in the sexual-orientation makeup of the community.

Situating contemporary gay neighborhoods in the “post-gay” era, Ghaziani devotes the second half of the book to understanding how these “cultural archipelagos” might help us understand the “complexities of the post-gay era itself” (p. 134). In the second half of the book, we learn that “[g]ayborhoods are de-gaying and growing at the same time” (p. 243). In this way, gay neighborhoods are maintaining their role as safe spaces for diverse populations, even as the kind of diversity they were once founded upon has shifted. Sexual segregation, while persistent by many measures, does not appear in the manner it once had. Straight singles and married couples have flocked into these gay neighborhoods seeking the openness, colorfulness, and dynamism that once drew gay residents into them in droves. We learn that these couples, though new and usually not LGBT, are almost always White; thus, while there is change in the composition of the sexualities of these neighborhoods, the racial makeup of its residents remains unchanged.

Indeed, such changes underlie the book’s title, There Goes the Gayborhood?. What happens when LGBTQ citizens assimilate and/or are assimilated into the mainstream? We learn here that, in the process, gay neighborhoods have lost some of their spunk, lost their ability to serve as containers for the lifeworlds of heterogeneous sexualities.

Such merits notwithstanding, I found myself watching Sweet Tea and hearing an important though unspoken dialogue with There Goes The Gayborhood?. As Black LGBT and Latino/Latina LGBT experiences and scholarship have revealed, perhaps the “disappearance” of these neighborhoods provides a different insight. As scholars such as Juan Battle, Cathy J. Cohen and Mignon Moore (author of Invisible Families: Gay Identities, Relationships and Motherhood among Black Women) have shown, gayborhoods such as Boystown never sincerely welcomed or included racialized and gendered sexual minorities. That is, the folks whom E. Patrick Johnson was bringing to life last night were not and would not be enfranchised members of the neighborhoods covered in There Goes The Gayborhood?. The loss of the gayborhood, then, is not one uniformly felt across the LGBT population.

Black gays and lesbians, especially youths, tend to be highly policed in these gayborhoods, even as the politics they promote rely heavily on the continued oppression and marginalization of non-White LGBTs. This is only briefly discussed in the book, where we hear from some youth of color that they feel invisible and marginalized when socializing in the gayborhood. With the primacy on residents, the book indirectly makes invisible the politics of gayborhoods for LGBTs of color who were likely unable or unwilling to live and/or work in these communities.

Perhaps gayborhoods are disappearing and changing because they have never fully rejected the racism embedded in White privilege, leaving racialized and gendered urban residents to fend for themselves? Uninvited guests never become residents and are thus unable to slow the pace of change over in the sexual composition of the gayborhood. Perhaps gayborhoods were and still are only for White gay men who may be becoming more fully integrated into the larger system of White privilege and patriarchy? Such questions are important and remain unanswered in my reading. Here, the work of Black and Latina feminists and queer scholars could offer more insight and help uncover other and equally important causes for the phenomena with which the book deals.

Ghaziani makes clear that gayborhoods are changing; these changes in the gayborhood’s demographic makeup have not meant that they are dead. They have transformed into hybrid neighborhoods, inhabited by heterosexual residents whilst maintaining a reputation as historically gay urban cultural resources. However different these neighborhoods have become, one reality remains consistent: Gayborhoods are still White. Straight and White. Married and White. Single and White. White on White. And that persistent reality is the real problem.

Marcus Anthony Hunter, “All the Gayborhoods are White”, Metropolitics, 19 May 2015. URL : https://metropolitics.org/All-the-Gayborhoods-are-White.html