A Right to the Suburb? New Urbanism, Public Space, and the Law

Anthony Maniscalco - 8 December 2014
The American suburb is changing. It is racially and economically diverse. Its sterile spaces are being redesigned for more community life. And yet, even in the community spaces in redesigned suburbs, rights to free speech and protest are legally denied, as the spaces are still private. As our suburbs become more like cities, can we create genuine public spaces for politics?
public space / placemaking / social justice / suburbs / New Urbanism / edge cities / protest / United States
Download PDF

No longer homogeneous bedroom communities or exclusively white, middle-class commuter enclaves, America’s suburbs are more diverse than ever before, racially, ethnically, and economically (Denton and Gibbons 2013). Minority inhabitants make up 35% of the overall population in suburbs, according to the 2010 Census—a figure comparable to the averages of the nation’s largest cities. In fact, several suburbs have become majority-minority since 2000 (Frey 2010). Black flight from older cities has produced suburban population growth in both the northern and southern United States, while Hispanic migration and Latino immigration has accounted for almost 50% of that expansion during the last decade. Asian Americans are settling within suburbs in surging numbers, with half of those racial groups now making their homes there. In contrast to these figures, the 2010 census shows that non-Hispanic whites suburbanized by only 10% during the decade.

The anachronisms of melting-pot cities and grey-flannel suburbs are also giving way to convergences in the class dynamics of America’s metropolitan landscapes. The working poor no longer live in cities alone. Dunham-Jones and Williamson (2011) note that suburban municipalities now host more impoverished Americans than do the largest central cities. From 2000 to 2010, the number of poor suburbanites increased by 64%, to about 17 million, while totals have begun to decrease modestly in cities (Kneebone and Berube 2013).

What if, under these changed circumstances, suburbanites wanted to press public problems, from garbage collection to mortgage foreclosures? Where would they protest? This possibility is indispensable for advancing social change in the suburbs, says Niedt:

The importance of public space as an arena where marginalized groups use their visibility to press claims for recognition, rights, and distributive justice is becoming all the more important as suburbs diversify (Niedt 2013, p. 5).

The ruling out of public space in suburbs

Until recently, these ideas have rarely been explored in suburbs themselves. It was largely taken for granted that spatial gulfs between privacy and publicity mirrored the human separations once considered to be unique to suburbs. Many concluded that sparse civic engagement in suburbs was an effect of demography and collective penchants for privacy, not unlike the kind described by Gans in The Levittowners (1967). This traditionally meant that whatever the problems of public space, they were not pressing from the standpoint of suburban political geography.

In reality, this stereotype contributed to render invisible a much more effective legal process that voided all suburban spaces of political potentiality. An enduring legal script—one produced in Supreme Court jurisprudence, and then rehashed on so many state benches—has, since the 1970s, fundamentally detached suburban spaces from the political sphere. Besides the countless parking lots found in Joel Garreau’s “edge cities,” the most important examples are suburban shopping malls, ruled to be private property and nothing but private property by the High Court in 1976, when it legally excluded federal rights of free speech and assembly in a case called Hudgens v. NLRB. Since then, the same rights have been legally excluded by all but a few state courts. In one of the most egregious examples of this exclusion, an attorney was arrested for donning a T-shirt that read, “Give Peace a Chance,” a message considered too controversial for mall management and local police in a suburb of Albany, New York. [1]

Throughout the last 30 years, design patterns inspired by the New Urbanism reveal growing ideological momentum for civic space and engagement in suburbs across the United States. [2] Some new urbanists are able to envisage a connection between civil rights, social justice, and the suburban centers that are replacing malls and other shared suburban spaces. “The increasingly diverse publics of suburbia,” argues Williamson, “demand streets with sidewalks, squares and greens,” though they are privately owned (Williamson 2013). In this view, the New Urbanism can meet growing demands for public space, via civic design. Furthermore, says the designer, it is “plausible and thrillingly possible that newly built places designed (…) to evoke traditionally urban public spaces will provide cues for people to ‘produce’ public space, in the spirit of Henri Lefebvre, and, in some measure, to ‘take’ it by asserting and struggling for new rights and opportunities” (p. 57). Effective planning and architecture would enhance practicable space in the short run, furnishing ready-made topography for association and negotiation of political differences.

Even though the property catalogues inspired by the New Urbanism feature the mixed-use developments needed by activists and growing suburban underclasses to produce their own metropolitan public spheres, the proponents of this design canon rarely address the legal obstacles to protest within master-planned communities sprouting up in metropolitan areas. It is the law that mediates between the physical arrangement of space and the practices of publics who inhabit it, as Mitchell has argued (2003). This idea is adopted from the work of Henri Lefebvre, who wrote that citizens ought to enact their civic capacity to engage in spatial practices and transform cities to meet their organic needs (1991). In fact, Lefebvre knew that the professionals charged with planning cities engaged in their own spatial practices; that they were resolved to make shared urban spaces amenable to the interests of property ownership and commerce rather than those of a hypothetical public. Even in a city like New York, Smithsimon (2011) and other observers have begun to trace the means by which privately owned public spaces can be “suburbanized” through the legal segregation of uses.

As we saw above, participatory space for open political discourses cannot be produced lawfully in most American suburbs—notwithstanding architectural semblances between new urbanist developments and traditional streets and sidewalks. No doubt, arguments from planning and civic design are well intentioned. Yet their capacity to animate practices of public space is severely circumscribed by American legal doctrines that pertain to privately owned spaces and have the effect of diminishing opportunities for civic engagement.

A right to the suburb

The increasingly obvious demographic transformations of American suburbs demand reconsideration of the legal scripts imposed on their putative spatial centers—new and old. Jurisprudence should weigh civic capacity within suburban spaces, so that diverse suburbanites may openly associate and negotiate identities and ideas in ways conventionally reserved to cities, even as urban forms of association are under increasing assault. One place to start is to press for review of legal decision-making, which transformed shopping centers and other shared suburban spaces into private properties wholly immunized from the rights of citizens wishing to exercise free speech and assembly.

This brings us back to the right to the city, uninhibited public participation, and a challenge to orthodoxy. Those things consist in spontaneous access to what is genuinely urban about the city: the political agency of people who use it (Purcell 2013). The New Urbanism routinely fails to address the need for contestation, however, imagining civic intercourse as essentially consensual—and, far too frequently, commercial. Yet the very concept of a public sphere—contrary to an early Habermas and other liberal theorists—may entail conflict, even as the right to the city is routinely subordinated in practice to commerce, law, and order.

While the law once reflected more favorably on civic association in the city—and inside analogous cities like malls, for example—it has left political practices unprotected during the last several decades. If malls or master-planned communities in rapidly diversifying suburbs are to function as representational spaces in the 21st century, then legal interpretations must be rebuilt along with their environments. Publicity must be spatialized in suburbs, so that social diversity may be visibly articulated and ideological heterodoxy revealed en route to fair play in the democratic process. Otherwise, New Urbanist developments will become simple representations of space. Appearances aside, they will further catalyze the idea of non-places once described by the anthropologist Marc Auge. They will only pose “the illusion of public space (…) without the impingement of the political,” as Steven Miles has argued more recently (2010). And the geographic value of these places will be diminished in the context of metropolitan change, when suburbs express the concerns of the city, but new suburbanites have no public space to negotiate their emerging identities and conflicts.

[1] The case was sparked inside the Crossgates Mall, where Stephen Downs wore an anti-war T-shirt on the eve of America’s invasion of Iraq in March, 2003. Downs’ appeal to New York’s highest court was rejected in 2010, when the State’s Appellate Division determined that his rights were in no way violated by the management of that regional shopping center. See Stephen Downs v. Town of Guilderland.

[2] The New Urbanism is broadly defined here as a planning movement. Its proponents consist of architects and environmental designers who wish to reduce the effects of sprawl while building a renewed sense of “place” within suburban communities. The movement aims to enhance density and mixed uses within new property developments, as well as retrofitting older ones to be more environmentally sustainable. See Talen 2013. 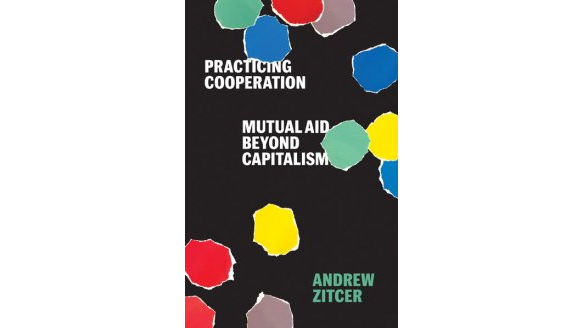