The Ancestors of Pandemic Pets and Vector Animals

Lisa Jean Moore - 11 May 2021
How has the place—and role—of animals in the city evolved over the last two centuries, and what bearing have these changes had on the urban fabric, and above all on the way urbanites relate to animals today? Lisa Jean Moore reviews Animal City, by Andrew A. Robichaud, which considers these questions from a US perspective.
Reviewed: Andrew A. Robichaud, Animal City: The Domestication of America, Cambridge (Massachusetts), Harvard University Press, 2019, 338 pp.
human–animal relations / animals / pandemic / Covid-19 / coronavirus / city / United States
Download PDF 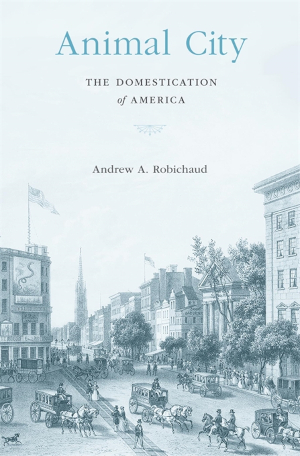 Humans have had to reconsider their everyday life with animals during the Covid‑19 pandemic. Specifically, we have had to confront our proximity to animals (humans and nonhuman) in crowded urban spaces in myriad ways. Beyond this, the ongoing and ever-present potential for emergent and existing zoonotic diseases to spill over, [1] threatening viral transmission across species, brings heightened awareness to locations where animals are reared, maintained, transported, and slaughtered. Coronavirus has sharpened our discursive precision at designating animals as exotic, wild or domesticated, and we have intensified surveillance and tightened regulations around handling of many nonhuman animal bodies. Additionally, over the past 14 months, a steady stream of news articles has detailed the phenomenon of human urban dwellers purchasing and adopting pandemic pets. This surge [2] is evident whenever visiting urban parks; we witness humans making kin with companion animals to manage our loneliness, boredom or despair. Humans have long histories of negotiating the threat and encouraging the fellowship of our animal others. 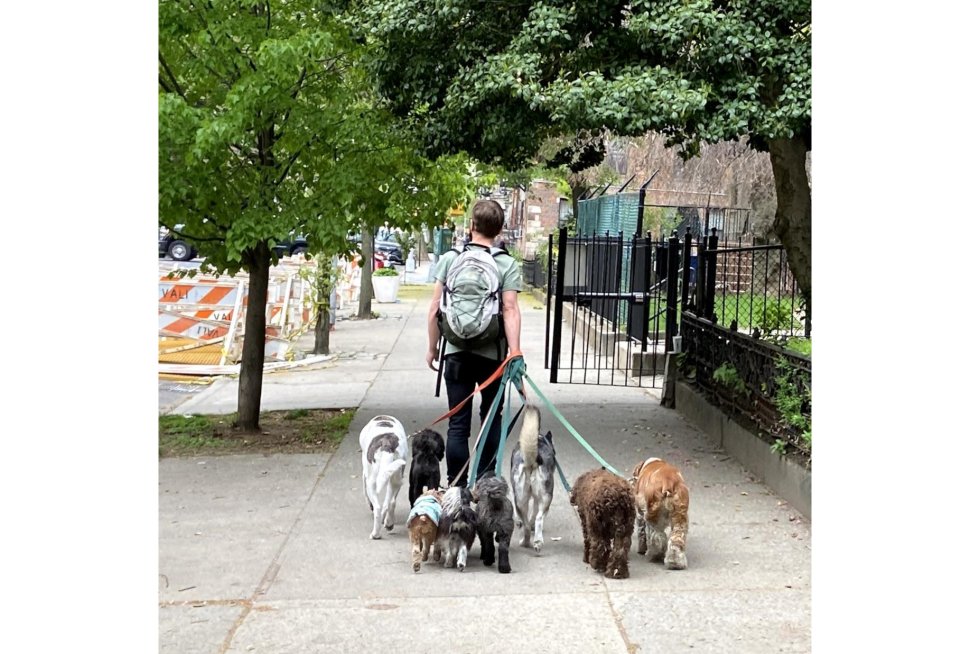 Historian Andrew A. Robichaud’s book Animal City: The Domestication of America is a compelling, thoroughly researched, and, at times, lively book that documents and interprets how and why animal life shifted in the late 1800s as American cities were developing. Through archival analysis of turn-of-the-20th‑century materials, Robichaud investigates how animal species—cattle, dairy cows, pigs, and sheep—disappeared from American cities, while other species, including horses, companion animals, and zoo animals, flourished. The book offers historical insights to enhance our contemporary reappraisals of how humans and animals live together and co‑construct urban ecologies. This work connects with a growing field of scholarly inquiry about how humans and nonhumans collaborate to urbanize places. [3] Animal City joins this field alongside the trade-press book The Big Oyster, about the ascendancy of 1900s New York City juxtaposed with the death of New York Harbor’s oyster beds (Kurlansky 2006), and academic ethnographies such as Alex Blanchette’s exploration of industrial capitalism through human–hog relationships in a small Midwestern town (Blanchette 2020).

In seven fascinating chapters, Robichaud presents, through interrelated though contained case studies of urban animals, a story about developing cities. Faced with the logistical and institutional challenges of supplying fresh animal products to residents, city governing bodies scrambled to manage domesticated animal populations within city limits. Although railroads and refrigeration would change urban human residents’ relationships with meat and milk by moving dairies and slaughterhouses out of urban spaces at the turn of the century, Animal City describes the time just prior to this. As municipal laws pushed many animals out of cities, social-reform movements emerged that modified the construction of animals as pure property and initiated the consideration of animals as beings in need of protection and regulation by the state.

Chapter 1 details 1830–1860s New York City and the increasing reliance on cow’s milk as migration, labor and gender relations, and human reproduction were drastically changing. Robichaud argues that working poor women’s increased participation in the labor market (or as wet nurses for wealthier families) ushered in reliance on cow’s milk (“Another Mother’s Milk” p. 18). This shift, combined with growing demand for dairy production of fresh milk, facilitated the creation of the distillery cow. Swill, the byproduct of alcohol production, became a primary food source of dairy cows, who fed on this waste. This practice was economically expedient for humans but harmful to cows’ health. Robichaud masterfully demonstrates “[a]n effort to elongate and rationalize the season of milk production,” wherein urban human actors and industries were turning “animal bodies into living and breathing filters for city refuse” (p. 21).

Throughout the book, Robichaud does miss opportunities to make larger arguments about gender. Clearly, women and animals are co‑constituted in the process of domestication. In Chapter 1, for example, the neglect of feminist work (such as that of Carol J. Adams, Greta Gaard, and Val Plumwood) on breeding mammals and the status of women seems a glaring oversight. Incomplete analysis causes Robichaud to miss the connection between the elevation of one species and the denigration of others; when women become more “human” (owing to their labor market participation), dairy cows become more “objectified” as living factories (Fish 2013).

Chapters 2 and 3 trace the 1850–1870 San Francisco creation of Butchertown (now the Bayview section) in the rapidly growing Gold Rush city. In about a decade, San Francisco’s human population shifted with the arrival of more women and children—the city was 98% male in 1849 but 61% male in 1860. Robichaud’s vivid description of the noisy, dangerous, and violent cattle drives through residential neighborhoods in San Francisco substantiates his account of public outcry around the physical safety of residents, particularly women and children, and of the horrific exposure of city dwellers to cruelty toward animals. When butchering establishments began to cluster in Butchertown in the late 19th century, a waste management problem was temporarily solved as runoff from cattle slaughter spilled into the ever-churning tidal waters of the Bay. But other problems emerged when this pollution led to unintended consequences such as flourishing populations of scavenger birds and rats. Abatement of these new problems changed the industrial infrastructure of the city: “rat-proofing the city meant pouring concrete, sealing off and rationalizing the flows of waste into the San Francisco Bay” (p. 105). To date, the legacy of human management of animals is built into the architecture of our cities. 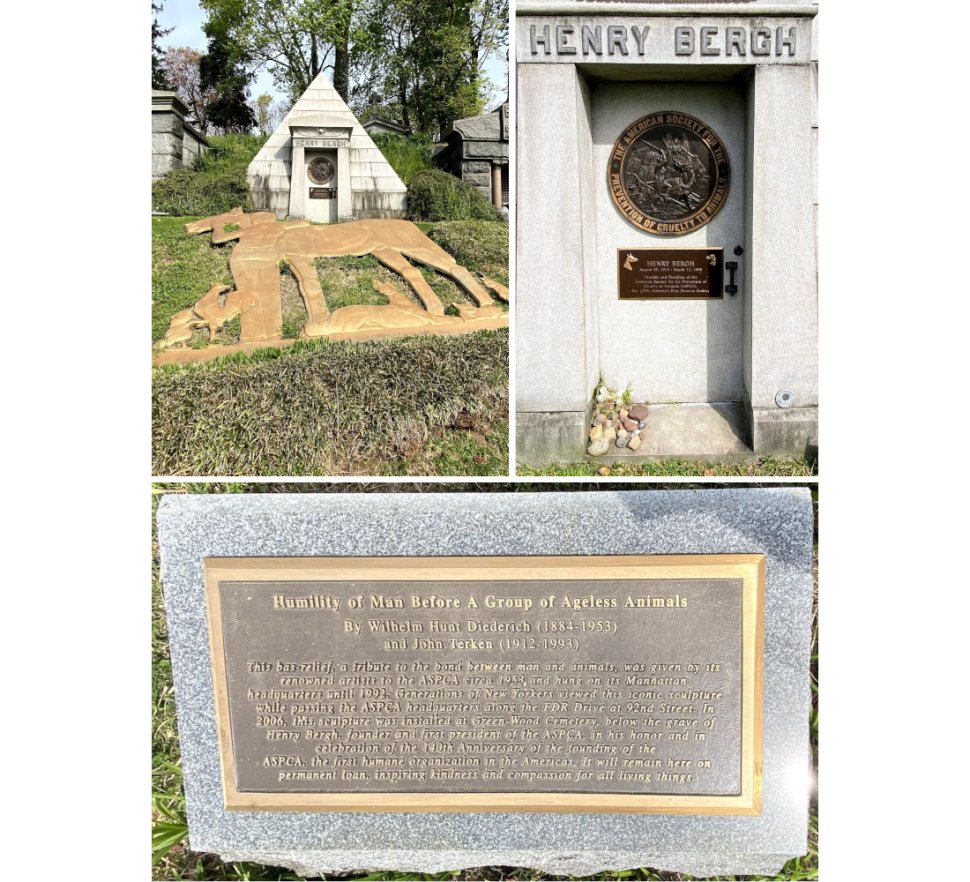 Chapters 4 and 5 describe the growth of humane-society movements in San Francisco and New York City from 1866 to 1910, especially the American Society for the Prevention of Cruelty to Animals (ASPCA) established by Henry Bergh in 1866. At this time, ending animal suffering was articulated as part of an agenda to build a first-class city. However, because visibility was an issue, some animals mattered more than others. Robichaud documents how the SPCA in San Francisco shifted its focus from livestock in the 1870s as Butchertown segregated and in many ways hid livestock abuse. Instead, advocacy for humane animal treatment focused in the 1890s on “downtown species” such as horses, mules, and dogs. During the mid‑1800s, dog labor was prevalent in cities: dogs hauled carts, provided entertainment and gambling opportunities through dogfights, and powered small machines including cider presses and butter churns. In a fascinating analysis, Animal City demonstrates the social machinations undertaken by humane reformers to amplify dog-labor scrutiny in New York City. Robichaud also establishes linkages between animal-rights movements, abolitionist ideals, and child-abuse prosecution. New laws about the treatment of animals ushered in collective cultural shifts, as dogs began to be classified as pets of the leisure class.

The last two chapters (6 and 7) round out the book with historical explanations of massive changes in the quality of animal entertainment throughout the 19th century. To come into line with middle-class sensibilities, Robichaud argues, exhibitions and showmanship needed to minimize the outward appearance of animal suffering. This was best exemplified by practices pioneered at P. T. Barnum’s museums in New York (Barnum purchased his exhibitions from Charles Willson Peale’s failed American Museum in Philadelphia). Woodward’s Gardens (1866–1891), an urban zoo of wild animals in San Francisco that included other attractions such as art galleries, museums, and manicured horticultural features, was innovative for its treatment of animals. “Although cramped and overbuilt by later standards, the enclosures at Woodward’s Gardens were spacious and naturalistic for their time—features that supposedly improved the enjoyment and imagination of human visitors, as much as they improved the lives of animals themselves” (p. 240). This humane turn to ostensibly naturalistic settings for animals is indeed the harbinger of the claims of enrichment activities, endangered-species breeding programs, and environmental education of contemporary urban zoo design (Grazian 2018).

The book concludes with smart, concise, and thoughtful considerations about the consequences of moving many animals out of the city. In essence, since the mid‑1850s in the United States, we have eliminated the human witnessing of animals’ suffering as part of our everyday urban lives. “In separating animal killing, animal death, and animal sex, most Americans have become walled off from everyday reminders of their own animality and mortality” (p. 265). As a species, humans have become urban beings with extremely limited and often unacknowledged, but nonetheless deeply interdependent, relations with animals. In the 19th century, “humans were spared the sight of animals suffering, but the suffering continued” (p. 268). Perhaps in the pursuit of sanitizing what we must see, we have relegated animal suffering to a space outside of our consciousness. But we have not necessarily separated it from our own fate.

[3] See, for example, Wolch (2002) for a discussion on urban animals and cohabitation. 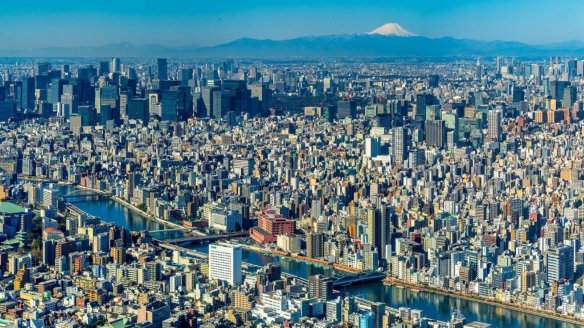