Birdwatching in the City: A Case for Multispecies Tourism

In early December of 2015, a painted bunting was sighted in Brooklyn’s Prospect Park. Birders from all over the New York metropolitan area learned of the bird’s arrival through their “rare bird alerts.” [1] By the bird’s fourth day in the park, the New York Times and local television stations had joined birders hoping to see the small male painted bunting, a rare and beautiful multicolored bird whose typical range extends only as far north as North Carolina. Armed with big lenses, binoculars, knee pads, and drab-colored clothing, birders gathered around the grassy area where the bunting was making a temporary home.

As part of her research on birding as an environmental hobby, one of us (Elizabeth Cherry) has observed birders throughout the New York metropolitan area. Birders frequently noted that Central Park has always provided a surprisingly good area for birding precisely because it is in the middle of a city. On a guided bird walk, one of the participants asked Bill, the leader, about a specific type of warbler. He started to explain about all of the different types of warblers, and the best places to see them in the New York City area. “You can go up to Doodletown [2] to find them nesting, or to Central Park. A lot of people don’t think of Central Park, but if you’re a bird flying through concrete, when you come to Central Park, it’s like, ‘Boom! Trees!’” Bill then went on to list his luck finding warblers in Central Park: “We went birding in Central Park on Tuesday, and it was raining, but we saw more than 50 species, including at least 10 different types of warblers. We even saw a Swainson’s warbler, which hasn’t been seen in New York for 15 years. It’s a Southern bird, and there were about 200 birders out there to see it.” 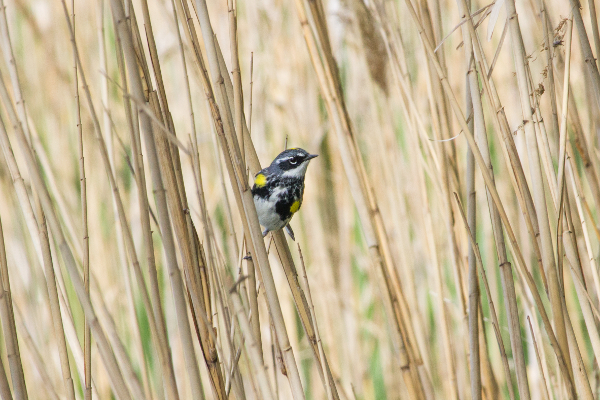 When the painted bunting showed up in Prospect Park, large crowds of birders visited each day until he disappeared in January 2016. The national Audubon Society’s field editor believed this particular vagrant (the term for a bird off her flight path) received more attention and more visitors because she was in New York City, and that her arrival would not have garnered such attention had she landed in a small town in Connecticut (Silber 2015). When one of us (August Davidson-Onsgard) visited the bird, the crowd gathered had itself become a draw for larger crowds. The bird’s location in a densely populated city provided the opportunity to continue growing the crowd in ways that would not happen in less populated, rural areas.

This article provides a brief overview of a widely occurring but largely neglected form of urban tourism, avitourism, and argues that it can be part of a larger shift in urban consciousness. Birders appreciate the nature inherent in cities. Professionals concerned with making urban areas more prosperous and resilient—from economic development planners to civil engineers, zoning experts, and landscape designers—should also pay more attention to the avitourism phenomenon.

Virginia rail resting on a stoop in Sunset Park, Brooklyn 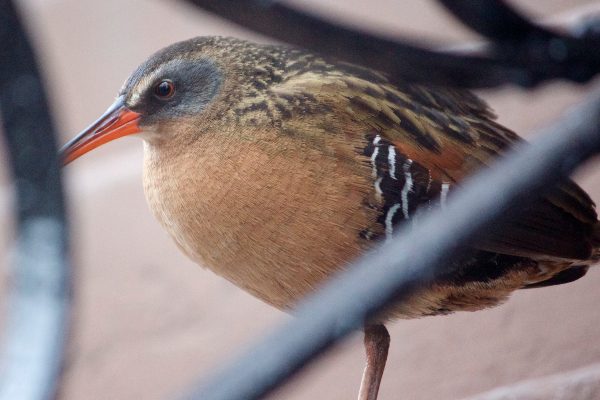 To understand avitourism, or tourism to watch birds, we first distinguish between birders and avitourists. Birders watch birds in their literal or metaphorical backyards. Avitourists travel much greater distances to see birds. The two groups are not mutually exclusive, but in this essay we focus on the latter group as a way of understanding urban wildlife tourism. Avitourism represents the most popular form of wildlife tourism. Some 84% of all wildlife tourists engage in avitourism (US Fish and Wildlife Service 2011, p. 45). Avitourists travel to see new birds who can only be found in a flyway—transcontinental migration path—or range away from home. Through guided international tours specifically designed for birders, these tourists can see the greatest range of bird species possible in a given area. More commonly, avitourists venture within their own state or country to various birding hotspots, or areas where many species of birds can be found. These trips can be planned, as the avitourism described above, or it can be more spontaneous, in the case of “twitching,” or arranging to see a rare bird. The rarer a bird is, the more likely people will travel to see it, and the longer the distances they will traverse (Booth et al. 2011). Avitourism and other forms of bird-related travel do not necessarily entail going to pristine, rural areas. Birders sometimes actively seek out polluted areas for birding, such as Superfund sites and especially landfills, because that is where the birds are (Schaffner 2009). Scavenging birds are attracted to garbage as food sources, and devoted birders follow them to these polluted landscapes.

When academic researchers, popular writers, and the media discuss wildlife tourism or avitourism, they do not consider cities as potential destinations for wildlife tourism—they see cities as the places people escape from in order to watch wildlife elsewhere. Instead, researchers focus on international ecotourism as a way for less-developed countries to capitalize upon their natural beauty (Glowinski 2008). Some researchers also study the development of wildlife tourism in economically depressed small towns and rural areas in the United States and Canada as a way of building revenue for those areas (Scott and Thigpen 2003; Stoddart and Nezhadhossein 2016). And without calling it “urban wildlife tourism,” researchers have studied zoos (Grazian 2015) and natural history museums (Lewis 2012) as examples of how humans come to apprehend animals in urban settings.

The examples highlighted above show that, in addition to the everyday birders who watch birds in their own backyards, many birders will also travel to cities to find rare birds. Wildlife tourism provides another reason for people to visit cities, and urban researchers and writers should take wildlife tourists into account.

Urban avitourism as a financial boon

Cities already recognize urban wildlife tourism as a financial boon and try to attract urban avitourists. Cities such as Vancouver emphasize their easy access to outdoor activities. Singapore’s constructed identity of a “city in a garden” also deconstructs the nature–culture divide (Gulsrund and Ooi 2015). In all, 27 US cities have signed the US Fish and Wildlife Service Urban Bird Treaty (US Fish and Wildlife Service 2017), and many cities try to create good habitats for birds, such as the Smithsonian’s Urban Bird Habitat project in Washington, DC (Smithsonian Gardens 2017), Birmingham Audubon’s Urban Bird Habitat Initiative (Birmingham Audubon 2017), and Wisconsin’s Bird City Program, including Milwaukee (Bird City Wisconsin 2017).

American woodcock on the ground below a high-rise apartment building, Clinton Hill, Brooklyn 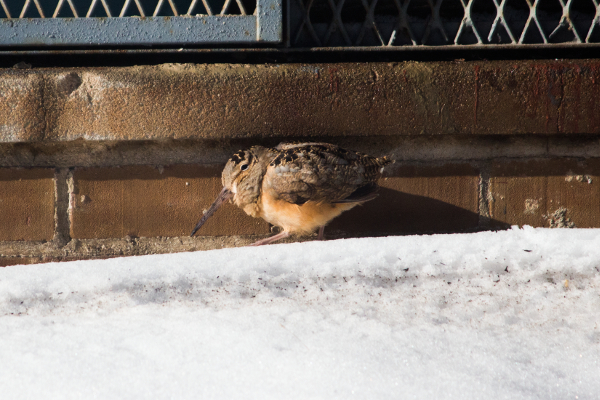 Can avitourism prompt a shift in ecological thinking?

Urban avitourism’s popularity shows that wildlife observers already recognize cities as places to experience nature. Following environmental historian William Cronon’s (1996, p. 90) advice to expand our notion of where we might find and appreciate nature, avitourists view nature as not “being (just) out there” in remote national parks; they see it as “being (also) in here,” in cities. In this, they are similar to urban beekeepers, who recognize that the health of urban bee colonies is enmeshed with that of humans and the biosphere. Urban beekeepers, and the people who purchase honey from them, have helped to raise more general concerns about the disappearance and death of honeybee colonies. Avitourists will probably be among the first to sound alarms as birds become imperiled or modify their migration patterns in response to climate change. This reorientation of perspectives also aligns with the viewpoint of environmental researchers who argue that natural elements of cities, such as wetlands, should be protected as a way of preventing climate change-induced damage to cities themselves (Narayan et al. 2017).

Birds can help us understand urban wildlife encounters, since birds have more mobility than other wild animals who may live in or pass through cities, and because of their abundance in cities. According to the Cornell Lab of Ornithology, cities hold 20% of all the world’s bird species (Alfano 2014). Birders and political ecologists understand cities as always and already natural. Rather than reifying city–countryside or society–nature divides, urban political ecology provides a way of understanding nature as an element of cities (Wachsmuth 2012). Cultural animal geographers such as Jennifer Wolch (2002) encourage researchers—and people more generally—to consider that cities also provide habitats for wildlife. The growth of avitourism, and cities’ welcoming of wildlife tourism in general, may also portend a shift in how people plan, build, and live in cities.

[1] Birders can sign up for “rare bird alerts” through a variety of local, regional, or national birding organizations, and receive emails, text messages, or even phone calls letting them know when a rare bird has been sighted in their area.

[2] Doodletown is a former settlement in Rockland County, north of New York City, that is now part of Bear Mountain State Park.