Two decades ago, Dennis Judd wrote with some concern about the construction of “tourist bubbles”—the downtown enclaves found in US cities that included some mix of convention center, entertainment palace, and hotel hub. These spaces captured visitor dollars, but, Judd noted, created “islands of affluence that are sharply differentiated and segregated from the surrounding urban landscape,” contributing to racial and class tensions (Judd 1999, p. 53). Elements of the bubble were often built with the support of public subsidies, quite often leveraging hotel-tax revenues that could be dedicated to these projects with few opportunities for wide public input.

Today, these bubbles can still be found in American cities, but they are hardly the only spaces shaped by visitors. Tourists increasingly seek “authenticity” in their explorations (Zukin 2010), a quest facilitated by the explosion of vacation rentals found across urban neighborhoods (Ioannides et al. 2019). This changing geography of travel has contributed to new forms of political contestation in urban areas, manifesting at times as protest (Coldwell 2017), at times as efforts to limit hotel construction or vacation rentals (Strom and Kerstein 2015). And with these shifts we can see new debates arising over the hotel-tax revenues that had previously been committed to building and marketing dedicated tourist enclaves.

Hotel (also called lodging, or bed) taxes are a key connective tissue between the tourism industry and its host cities. And now, debates over hotel taxes have become flashpoints in tourism-heavy communities. For decades, hotel taxes were seldom contested. After all, they are paid by visitors who don’t have a voice in local taxation decisions, and usually are allocated by processes far less transparent than general revenue funds. Recently, however, cash-strapped mayors and urban progressives have sought to broaden the use of these funds beyond tourism marketing to address pressing local needs, leading to new arenas of conflict. Can new approaches to taxing tourists help address tensions in popular urban travel destinations?

Origins and purposes of US hotel taxes

New York City adopted the first US hotel tax in 1946 at the urging of the Convention and Visitors Bureau (CVB), which wanted a revenue stream for building and marketing meeting facilities. Today, all US states permit some form of lodging tax, usually with enthusiastic endorsement from hospitality interests. While 23 have a state lodging tax, a state-auhorized local-option tax is the most common arrangement.

Why would an industry advocate its own taxation? Because this sector faces many headwinds when trying to coordinate marketing for itself. Tourism is too heterogeneous a field for firms to work well collectively; marketing by any one actor creates positive externalities for others; and the place-based nature of the industry means that they cannot work together at broader geographies (Mak 2006). The hospitality industry, then, needs government to overcome this spillover/free-rider problem by imposing taxes and steering those revenues to promotional activities. Historically, hospitality interests have successfully created guardrails—in state legislation, in requirements that spending decisions be made by industry-dominated boards—to ensure that hotel-tax proceeds are used to promote the industry (Civitas 2018; BGR 2019).

Tourism industry boosters, hoping to fill hotels, also became natural allies of the “pro-growth coalitions” (Mollenkopf 1983) seeking to remake the downtowns of US cities in the 1950s and 1960s. Constructing convention centers was the linchpin of redevelopment efforts in St. Louis, Indianapolis, and Chicago (Cowan 2016; Saunders 2014; Rosentraub 2003). Mayors and business leaders with a shared interest in downtown redevelopment could invest hotel-tax revenues without being hampered by the constraints on spending general revenue. Downtown development backed by hotel taxes went beyond convention centers. Indianapolis built sports facilities with hotel taxes to redevelop and rebrand its downtown in the 1980s (Rosentraub 2003) and Louisiana adopted a hotel tax in the 1960s almost entirely at the behest of the owner of the New Orleans Saints football team to build the Superdome (BGR 2019). 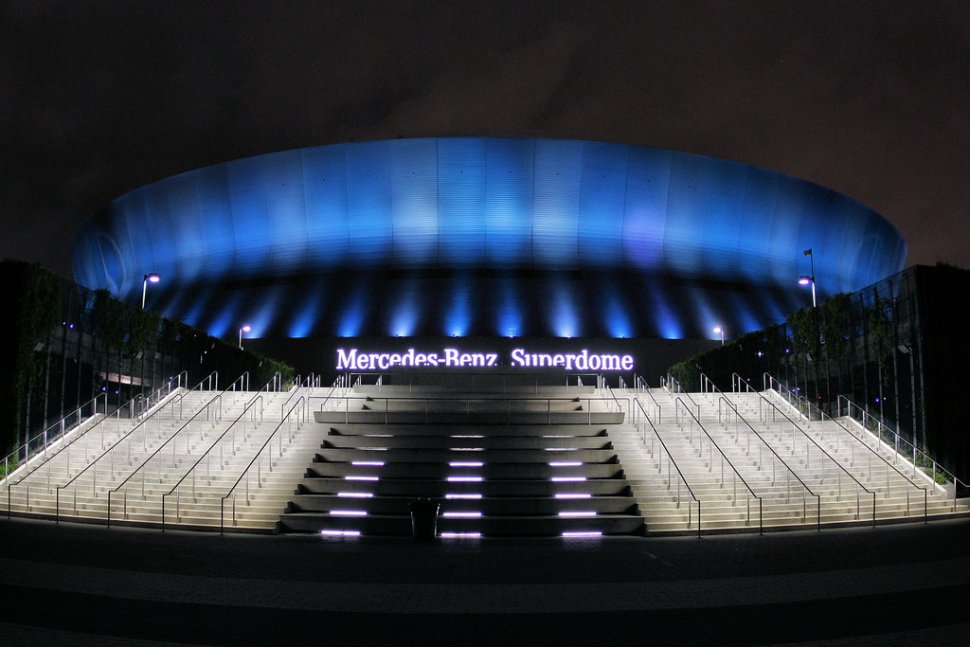 In recent years, however, the use of hotel-tax revenues has become increasingly contested. This is in part because that pot of tax dollars has grown well beyond the rate of inflation and perhaps even the vision of its early backers in some tourism-rich regions. In the 2018 fiscal year, Orange County, Florida (the home of Disneyworld and the very popular Orange County Convention Center), collected $277 million in hotel taxes, nearly double the revenues from fiscal year 2008. Asheville, North Carolina, a second-home/culture destination, collected $9.2 million in fiscal year 2014 and these revenues nearly tripled to $23.3 million in the 2019 fiscal year. As state governments push new rounds of retrenchment, it becomes much harder for local leaders to justify spending only for tourism when basic services for residents are stretched.

The basic geography of tourism has also changed (Füller and Michel 2014). While many downtowns are still isolated visitor enclaves, tourists have increasingly ventured out into other parts of cities. Responding to entreaties to “live like a local,” they are staying in vacation rentals, shopping at farmers’ markets, and seeking authentic experiences in renovated historic districts (Zukin 2010; Wildish and Spierings 2019). As visitors drive up housing costs and contribute to congestion, these trends create new host-city concerns and lead some to push back against perceived “overtourism.” City leaders and neighborhood advocates are looking anew at robust hotel-tax accounts and wondering why they can’t use those funds to manage the downstream impacts of hosting visitors. 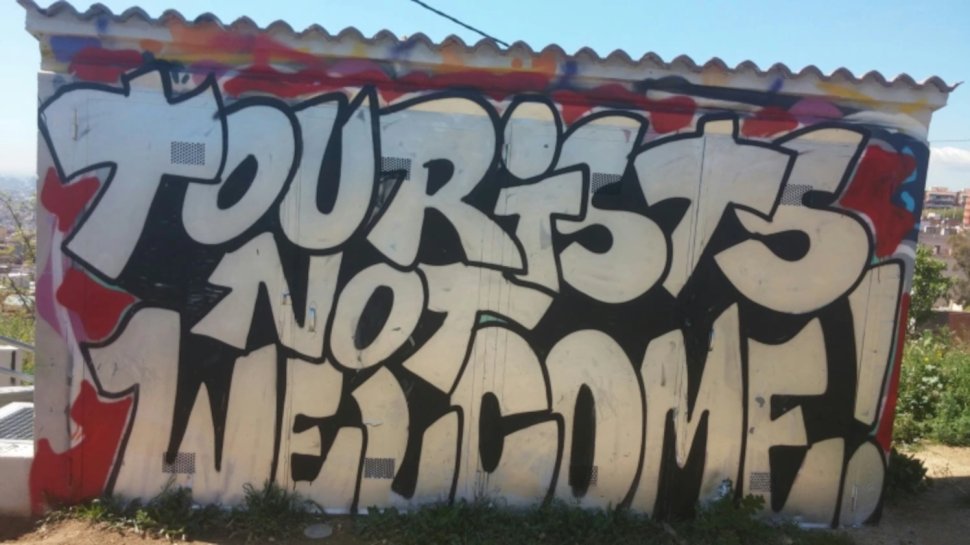 This conflict plays out differently across American tourist centers, a function of diverse tourism geographies and lines of political contestation. Where local progressive politics is muted and tourism interests well established, the contestation takes place among elites, often ending in negotiated settlements. In New Orleans, hostile public exchanges took place between city government and tourism officials when mayor LaToya Cantrell sought to redirect funds from tourism marketing to needed infrastructure projects. After a few months of public tensions, Louisiana’s governor intervened and negotiated what has been dubbed the “fair-share agreement” that would split the revenue raised by new lodging taxes between the city and the marketing agency. In Las Vegas, state and local elected officials and industry lobbyists have negotiated periodically about how to allocate hotel-tax funds for schools and other local needs. Florida state legislators have negotiated carve-outs allowing counties in their districts to access hotel revenues for specific public services.

Conflicts have been more pointed in more activist/progressive cities. In Asheville, public concern about congestion and rising housing costs in the city center created tensions between elected officials and civic groups on the one hand and, on the other, the county tourism agency, Explore Asheville, which resisted when local officials sought to claim a larger share of hotel taxes to address city needs. A frustrated city council finally enacted a moratorium on downtown hotel expansion, which may have pushed Explore Asheville to soften its stance; it is now allied with city and county leadership in an effort to lobby the state legislature, which must approve changes in hotel-tax spending (Strom and Kerstein 2015). The city council of Portland, Oregon, overcame industry objections and allocated a part of its hotel-tax revenues to homeless services in 2019. San Franciscans have on several occasions proposed referenda to direct hotel funds to homeless services, affordable housing, and cultural programs, falling just short of the supermajority needed to adopt these measures. These examples suggest that political mobilization can challenge the tourism industry’s previous domination of hotel-tax spending discussions.

Tourism in the urban economy

Tourism creates complex spillover effects for many host cities, but it is also a part of an urban economic base that has continued to grow. For these reasons, seeking to restrict or contain visitors is not a winning strategy for most urban regions. Host communities can, however, rethink how they tax visitors and, more importantly, how they invest the proceeds of these taxes. As urban visitors increasingly engage with large parts of the city, hotel taxes can fruitfully be invested in projects that are widely beneficial. Elected officials and tourism interests in popular visitor regions must recognize that they share an interest in using tax revenues to create a city that is safe and attractive, with modern infrastructure and a high quality of life.