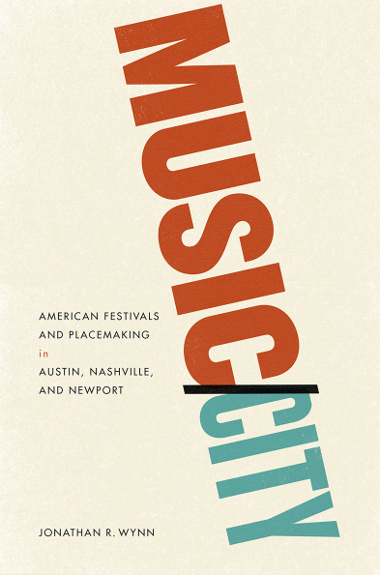 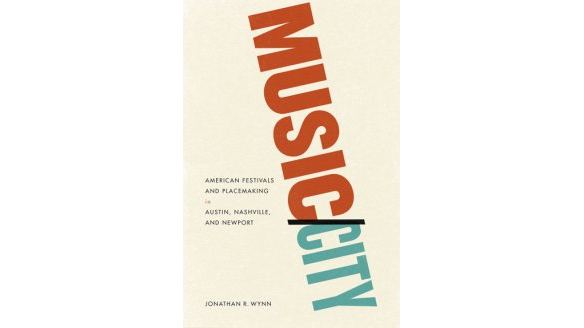 Citadels, Cores, and Confetti: Urban Festivals in the New Political Economy of the Music Industry

Johan Jansson - 5 January 2017
How have changes in the music industry—especially regarding the way music is produced and consumed today—affected urban spaces and the production of the city more generally? In his review of Jonathan Wynn’s Music/City, Johan Jansson examines the wider urban context surrounding music and the city, and in particular the impact on local communities of the ever-growing number of music festivals taking place in and around urban areas.
Reviewed: Jonathan R. Wynn, Music/City: American Festivals and Placemaking in Austin, Nashville, and Newport, Chicago, University of Chicago Press, 2015.
public space / placemaking / culture / arts / music / festivals / cultural policy / production of the city / festivalization / United States / Austin / Nashville / Newport (Rhode Island)
Download PDF

In recent years, the music industry has undergone thorough structural changes that have fundamentally altered the conditions for conducting commercial activities related to music. These changes originate in a myriad of different but interconnected processes. One process, however, stands out as more influential than others: digitization. Digitization has had an effect on the entire system of actors and processes related to how music is produced, distributed, and consumed. For example, almost unlimited access to digitized music has led to decreased record sales and thus increased dependency on alternative income sources for musicians. In this development, live performances have emerged as a resilient income source for musicians, artists, and songwriters. This development has also contributed to the increased significance of music festivals, both for the exposure of artists and companies, but also as a direct source of income. Consequently, conditions for setting up and running music festivals have changed, as old actors have disappeared and new ones have entered the field. Not least (in a European context), it has paved the way for the emergence of large transnational actors with the capacity to organize universal solutions and touring package deals.

In his book, Music/City: American Festivals and Placemaking in Austin, Nashville, and Newport, Jonathan Wynn tackles this phenomenon from a somewhat different angle. His starting point is how temporary or short-term events such as music festivals “work for people and their places by delivering longer-lasting effects” (p. 4). He argues that even though festivals may function as temporary entertainment for visitors, we need to look at and position them in a larger urban context where city leaders use festivals as a tool to “attract tourists and residents, bolster existing public and private amenities, augment government services, entice business relocation, enhance territorial trademarking, and so on” (p. 4). In doing this, Wynn acknowledges musicians who wish to capitalize on live performances, but also emphasizes the perspective of local communities and how they, on the one hand, are highly affected by these events, and, on the other hand, try to capitalize on these events in various ways. These temporary events, Wynn argues, “illuminate some of the key struggles in our modern urban and cultural lives, as they bring some groups together and marginalize others” (p. 4), and thus provides a narrative that touches upon both inclusion and exclusion. Ultimately, Wynn is arguing that there are reasons to talk about “festivalization” (a concept inherited from German urbanist Hartmut Häussermann), which he defines as “an ongoing organizational process wherein short-term events are used to develop, reinforce, and exploit an array of communal goods, churning out costs and benefits both near and far. Festivalization, then, is a process where cultural activity meets placemaking, but it is also a cultural policy that cities and communities can debate and adopt” (p. 12). Through the ethnographic research in these three cities and interviews with a variety of people involved in the production of these music festivals, the author identifies four resources (economic, physical/spatial, social/cultural and symbolic) related to festivalization. These resources are then used as a framework for the description and analysis of the three different case studies.

Empirically, Wynn explains the process of festivalization by using three different case studies: Newport Folk Festival in Rhode Island, Nashville’s Country Music Festival, and Austin’s South by Southwest (SXSW). In gathering empirical material related to these cases, he employs mainly three different methods: semi-structured interviews with key organizations and other actors in and around the music festivals; an ethnographic approach involving participant observation; and secondary material including media sources, biographies, festival programs, and genre magazines. Additionally, Wynn employs what he calls “strolls,” or “walks with a purpose,” and administers a short survey to festival attendees. However, as is customary in popularized research publications, little specific detail is given on the methods.

The analysis takes a rather hands-on approach in that it identifies ideal types for the urban organization of festivals. Wynn actually describes and analyzes the spatial organization of the festival within the city. Three ideal types are described, each one corresponding to one of the festivals. In the “Citadel pattern” (Newport), the festival is organized as an isolated event within a defined and walled-off space. In the “Core pattern” (Nashville), the festival revolves around several centrally located public and private spaces. And in the “Confetti pattern” (Austin), festival events are sprinkled across a wide area and thus involve less control of specific events (from the perspective of festival organizers, and possibly also in its political use).

From my point of view as a reader, the book has several strengths. First, I very much appreciate the ambition of going beyond the temporary or short-term effects of the festival in order to unfold the long-term results or processes related to such events. Although the festivals are temporary and only exist for a limited time and in a defined location, the processes that are reproduced, re-enacted, and renewed will have consequences that go far beyond the temporary event. Above all, I appreciate how the author tries to see how these processes influence stakeholders at different levels and positions, and he also shows a great understanding of both the cyclical (seasonal) circuits that festivals are a part of and the urban milieus that festivals are embedded in. Second, Music/City highlights the often very problematic relationship between arts/culture and commerce/economy and the way culture (such as music festivals) is used as a tool for urban (and rural) development, and, related to that, may lead to complex urban processes such as gentrification or rural processes of lock-in and dependency. My interpretation is that the message of this book is to be seen as a contribution primarily to the debate about the political use of resources “reinforced and extracted, exploited and appropriated” (p. 224) and how culture and the cultural/creative industries have a role both in placemaking and the marketing/branding of different places.

The book gives a unique insight into, and in-depth description and analysis of, the phenomenon of festivalization and, more specifically, of these three empirical case studies, and as such it truly opens the way for further research on, for example, the continued and changing importance of music festivals, not only as tools for urban development, but also increasingly as meeting points and platforms for processes of networking, recruitment, gossip, reputation, and labor feeding into the general music industry and the individuals who work within it. Additionally, Music/City provides scholars with some concepts for analyzing festivals in other contexts than the United States, as is suggested by the book’s introductory example, taken from the Peace and Love Festival in Borlänge, Sweden. This example is particularly salient as it relates to the restructuring of international festival organizers and booking agencies in Europe, and consequently the restructuring of national festival scenes. This has led to a situation where transnational corporations increasingly run and control the largest festivals and the supply of artists. The locational choice of these festival organizers rarely has the local connection and embeddedness that previously was the model. It is, however, possible to see countertrends emerging as new local initiatives are undertaken on smaller scales and budgets, typically with a more niche genre and audience focus in mind. Here, the Peace and Love Festival in Borlänge is an interesting example as, since Wynn made his observations, it has gone bankrupt due partly to increased international competition, but has also been resurrected on a much smaller scale and organizational model than its previous incarnation. Clearly, this motivates research that nuances our understanding of how independent international festival organizers and small-scale niche and locally embedded festivals will be subject to local political agendas, support, and investments.

Finally, this book is a pleasure to read, as it is written using well-crafted language. As a reader, I became immersed in the rich details that the author leads us through in relation to the three different case studies—ranging from their historical development to the current palettes of actors behind the creation of these festivals—and, in doing so, paints a vivid and engaging picture of some of the most influential American music festivals in contemporary popular music.