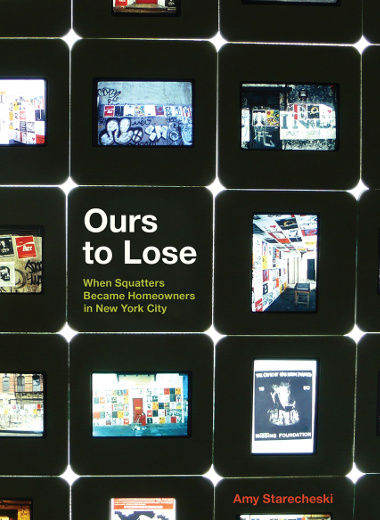 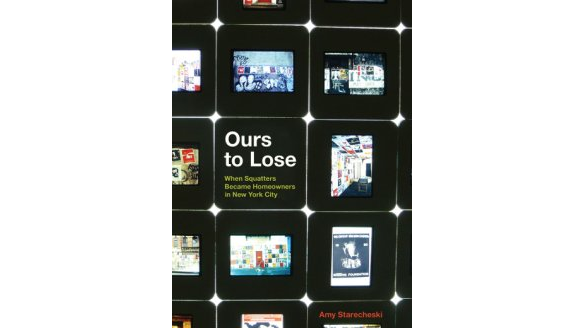 Making Their Own History: Squatters on Manhattan’s Lower East Side

Amy Starecheski’s Ours to Lose is a compelling oral history of the squatting movement in the Lower East Side of New York City in the years that it moved from conflict to accommodation to people in power. Starecheski gives voice to 25 prominent Lower East Side squatters, and traces the squatting movement in New York City from the 1970s. Building by building during the 1970s, squatters moved into left-behind spaces in the Lower East Side. Where others saw vacant lots, they fashioned a community, built of their own imagination, connecting green space, community gardens, and the buildings they rehabilitated. The movement included both utopian ambitions—housing and gardens controlled by workers who took control of the fruits of their own labor—and the brutal realities of cold winters with no heat and constant battles with police. Some squats faced evictions, most notably at the front of a police-commanded tank in 1995. Others stayed below the radar, trying to survive. Starecheski invites us to hear the squatters themselves tell the story of their decades-long fight to stay in, preserve, and become homeowners of 11 buildings that they worked with the city to come to own.

We hear stories about the squatters fighting the police, each other, and the city. The buildings were rough, and accidents frequent. Some fell through the floors of the buildings, which inflicted wounds that would last for years. But many of the quirky buildings came to feel like living, breathing works of art, full of innovative glasswork, graffiti, and murals.

The book brings out some of the internal tensions of the squatting movement. Most pointedly, Starecheski points out, “squatters were challenging private property, but some were dreaming of homeownership.” The regime of property ownership in which the buildings ultimately existed introduced an inescapable tension between squatting as an alternative to private property and the potential to become property owners.

To further explore the tensions of her project, Starecheski demonstrates the appeal of oral history as a methodology to capture and make meaning of these sometimes oppositional sentiments. This approach helps writers grapple with both narrative and historical truths of the statements offered by interviewees; people offer subjective, often contradictory interpretations of their lives and experiences, not necessarily official accounts. They recall different actions in their own ways. “[O]ral history is a conversation about the past that takes place in the present,” writes Starecheski. Thus, “oral history is a dialogical process in which an interviewer and interviewee co‑create a narrative in the structured context of the interview session,” (p. 36). To this end, the author dedicates considerable space to discussing her process of internal peer review, sharing the manuscript with her interviewees. “Oral historians have a long tradition of theorizing their work as a co‑production, and putting their theory into practice by sharing authority throughout the research process” (p. 38). After sending copies of the transcripts to her interviewees, she met with a group of them to discuss the findings of the process at the Museum of Reclaimed Urban Space, a squatter museum on Avenue C and 9th Street, sharing pizza and discussing the transcripts with the squatters. She integrated many of these findings into her text.

The role of the oral historian is a through line of the story, inviting readers to contemplate Starecheski’s process as a participant and oral historian. I was immediately drawn in. Starecheski traces her days wandering from the Lower East Side up to the South Bronx, to make props for a street action at the legendary squat Casa del Soul, in whose culture she immediately became immersed. “I had found my home in New York City,” she writes.

Starecheski accompanies the squatters through their struggle for what Henri Lefebvre called the “right to the city,” a “demand … [for] a transformed and renewed access to urban life.” [1] Few were reading Lefebvre, but their deeds demonstrated his point. The Lower East Side squatters organized, protected gardens, improved the city, and became part of the contradictions of urban space. Gradually, their efforts improved the look, feel, and subsequently the property values of the neighborhoods in which they built gardens and rehabilitated buildings. “Studying squatting helps us understand how and (perhaps more important) why people make claims on space,” Starecheski writes in the introduction. “As New York became the model neoliberal city, Lower East Side squatters articulated in words and deeds a system of values alternative to those of capitalist private property: valuing time over money, use over exchange, and inclusive urban citizenship over an elite vision of city life.” For Starecheski, “squatters show us that there remain substantial opportunities for creative, disruptive, transformative social action, within which the very meaning of value (and with it, citizenship and property) is contested and redefined.” Squatters formed a practical, not simply theoretical, alternative to neoliberal models of the city that posited that the purpose of real estate was profit. They counterproposed that rights and labor, instead of traditional ownership, could justify land tenure. As Starecheski writes, squatters critiqued the city’s (ongoing) inability to take care of its own citizens. Efforts like community land trusts demonstrate the same potential. And community gardening on the Lower East Side continues to yield innovations in sustainable urbanism. Through the Gardens Rising initiative, for example, leaders at La Plaza Cultural on 9th Street and Avenue C combined community participation and engineering expertise to develop stormwater retention projects that now function as models for green infrastructure in the 47 community gardens across Lower Manhattan . After Superstorm Sandy, the state of New York recognized the benefits of community gardens as tools for coping with impacts of climate change, funding the initiative.

Like cities themselves, social movements are always changing and evolving, with old buildings facing wrecking balls, new buildings going up, solid space melting away into something else, as ideas ebb and flow, building on past efforts to create something new. Starecheski sees a dialectical quality in the ever-changing nature of urban space. “Men make their own history,” she quotes Marx, from the The Eighteenth Brumaire of Louis Bonaparte, “but they do not make it just as they please; they do not make it under circumstances chosen by themselves, but under circumstances existing already, given and transmitted from the past.” In the case of the squats, the squatters found a crumbling neighborhood coping with the ravages of a fiscal crisis and created something with these spaces. They built homes and reimagined a neighborhood.

Ours to Lose is a story about organizing and collective mythmaking. It is a fascinating piece of scholarship and movement history. Are the narrators prone to exaggerations about their achievements? Yes. We can disagree about the accomplishments of the squatters movement; not all community gardens in New York City are permanently protected, for example, as the author implies early in the text. But to her larger point, many gardens do remain as the result of the squatters’ activism. Moreover, the movement included a sense of feeling and living and surviving, which the author describes as only a participant can. “It was one of the most intense, exhilarating times of my life, and in those campaigns I found my people. Almost all of the leaders, my mentors, were squatters.” (p. 18).

Most important, the gardens and the 11 remaining squats (now legally owned by those who inhabit them) are a testament to the sweat equity and resourcefulness of squatters and gardeners. Ours to Lose contains many of the legends and collective ambitions of this social movement that helped expand a way of reimagining urban space. When others saw crumbling buildings and vacant lots, the squatters saw a place to call home, cleaning up and rebuilding these spaces for people-based uses, community organizing, and arts. This is a vision of a city of homes people can build and afford, gardens they can plant that sustain the city, and art that helps give the urban experience meaning. Supporting this image of their neighborhood, the squatters helped create a potentially more sustainable model of urban living, connecting green spaces, affordable housing, and do-it-yourself world-making. There are many books about the Lower East Side and its recent transformation, yet none has included engagement or oral history with primary organizers in the way Starecheski has. Ours to Lose is a unique and substantive contribution to our understanding of a most distinct practice in the shaping of urban space. 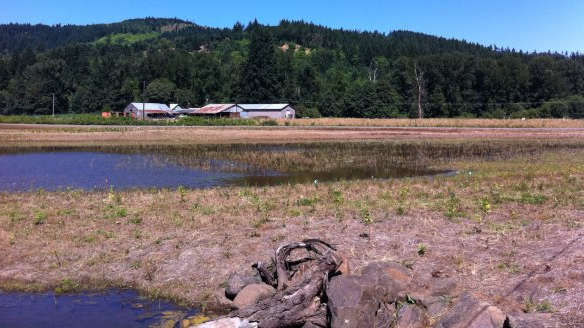