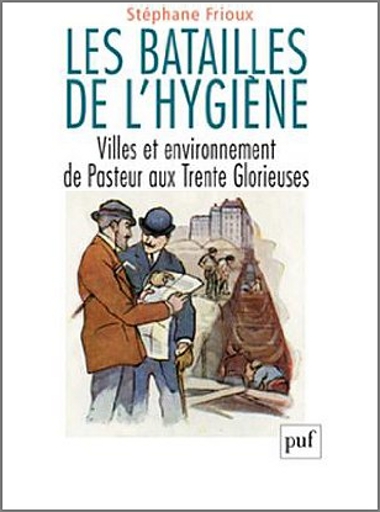 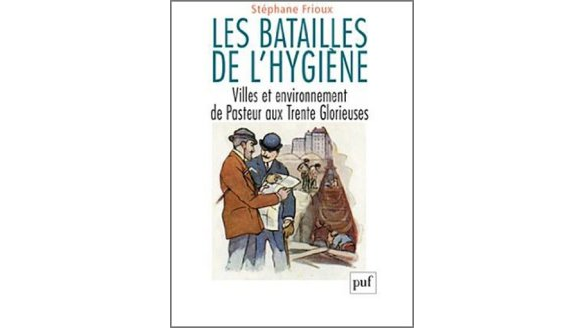 Sabine Barles & translated by Oliver Waine - 27 March 2015
Lire en français
Hygiene is a “battle”, and the “hygienist revolution” of the 19th and early 20th centuries transformed our urban societies. This battle, which has been charted by the historian Stéphane Frioux, spread from city to city, based on “applied science” that was taken up by a variety of public and private stakeholders, reflecting the inventiveness and competence of the local authorities of the time.
innovation / environment / water / sanitation / waste / utilities / urban public service / hygienism / salubrity / urban technical networks / urban services / health / France
Download PDF

Hygiene and hygienism have long attracted the attention of historians – historians of urban issues, historians of science and technology, and, more recently, historians of environmental questions, to name but three interlinked fields. Over the course of a lengthy period in history (which, for Stéphane Frioux, begins with Pasteur but whose origins are to be found in the 18th century) that extends from neo-Hippocratism to hygienism, from the bucket to the tap, from the cesspool to sewage treatment, and from the rubbish dump to the incineration plant, cities and urban societies have been profoundly transformed by facilities devoted to sanitation. However, not everything changed everywhere, in the same way and at the same pace: ultimately, Stéphane Frioux challenges any overly uniform or linear vision of change. Shunning overarching visions or Paris-centric approaches, this historian seeks to analyse the different forms that the hygienist revolution took within French cities large and small, the ways in which it spread (or otherwise), and how the various models it promoted were formed. Indeed, the great merit of this work – based on the author’s PhD thesis, defended in 2009 – is that it puts this dissemination of urban experiments and knowledge into perspective. This research, built on a thorough investigation of municipal archives (as well as other sources), provides us, among other things, with detailed examinations of 35 “projects led by elected representatives to improve the urban environment”, which may or may not have come to fruition, in over 20 French cities. It illustrates the variability of the situations in question, their institutional complexity, and the difficulty involved in realising these projects.

The results, divided into five thematic sections separated by case studies, are particularly rich. The first point to note is the diverse range of solutions implemented, whether in terms of treating water to render it fit for consumption (ozonation, chlorination, verdunisation, [1] which is the subject of a particularly fascinating analysis where patriotism meets hygienism), recovering and purifying water after use (vacuum sewage collection, sewage treatment plants with trickling filters, septic tanks), or taking care of household waste (incineration, zymothermic fermentation). This diversity in the techniques tested is linked to the multiplicity of hygiene-related stakeholders. Stéphane Frioux charts the development of a veritable “applied science of improving the urban environment”, driven by engineers and architects, but he does not stop there: entrepreneurs – whose origins were themselves highly diverse – also played a fundamental role in this history. Regardless of whether they bought the rights to foreign procedures or developed their own techniques, they all sought to sell their solutions to city authorities. Furthermore, their involvement was far more about marketing technical procedures than providing the service itself, which often remained in municipal hands. On this point, particularly with regard to drinking-water provision, it could have been interesting to take a closer look at the alternation between the granting of concessions and the municipalisation of services, which Stéphane Frioux suggests had an impact on the way issue of hygiene was ultimately addressed.

The cities examined in this book exhibit highly contrasting situations: local experimentation in the field of hygienism was therefore much more diverse than earlier works would suggest. Furthermore, these French cities were not isolated: they did not look exclusively towards Paris for their solutions, which in any case was not a beacon of progress in terms of sanitation. Ideas and people moved and spread extensively around France and beyond. The hygienist community, like technological communities in general at this time – see, for example, the International Road Congresses, the first of which was held in 1908 – became more organised. These conferences encouraged exchanges, as did journals, detailed analyses of which show that they read and reviewed the work of their foreign counterparts (in particular by reproducing their abstracts) and that the sources of inspiration for hygienists in the field were British, Germanic, sometimes Scandinavian, and occasionally Italian.

And it wasn’t just technicians who travelled: politicians did too, as exemplified by the Rouen municipal delegation which, between 6 and 20 September 1908, visited London, Birmingham, Liverpool and Blackpool in England, Greenock in Scotland, and Ixelles in Belgium, before heading to Wiesbaden in Germany, Brno in Moravia, Vienna in Austria and finally Zurich in Switzerland – a total trip of some 5,000 km (3,000 miles) and 15 days spent touring refuse treatment plants. These kinds of exchanges also took place on a more local scale, with neighbouring cities sharing experiences, or even inspiring one another. Ultimately, this kind of “lateral” movement of information was much more frequent than “top-down” movements from central to local government. Furthermore, the author’s (rapid) analysis of the implementation of the 1902 French law on public health shows that the central administration – whose resources were, moreover, very limited – was more often a source of local interference than a catalyst for hygienist reform: for example, municipal water-supply and water-sanitation projects were subjected to a succession of expert reviews, from local level to national level, which could be quite discouraging. As Stéphane Frioux points out, this single case alone shows the importance of examining local archives, attenuating any hasty conclusions that place the blame for delays to projects on local incompetence alone.

Commitment to sanitation projects and the key to their success

Nevertheless, the fact remains that the implementation of sanitation projects often appears to have been slow and chaotic. But again, we must avoid jumping to hasty conclusions: the fact that cities were larger and richer than other settlements does not explain why that they adopted technical solutions more quickly; similarly, the fact that a given city was politically left-wing (or right-wing) did not make them more proactive. The success of the project was dependent on a complex equation, combining political and vote-seeking orientations, the capacity and characteristics of local expertise, links with networks, the mode of governance (to employ an anachronism) for projects, with, for example, the establishment of commissions that to a certain extent made it possible to consult with stakeholders (taxpayers’, landowners’ and traders’ organisations, among others) and organise competitions judged by panels of experts.

Innovation therefore occurred on a bottom-up basis, although not all cities were fully committed to hygienist reforms. Some seemed quicker to build sanitation facilities than others: waterside and touristic towns, for instance, for which such facilities were something of a prerequisite for development against a backdrop of European competition (especially between German and French spa towns), but also ports and military towns, which were of strategic and national importance, since they were gateways for imported epidemics; cities that were home to major public institutions (such as hospitals, sanatoriums and slaughterhouses) that were potential sources of infection; and lastly cities of trade.

As we have seen, Stéphane Frioux paints an extremely detailed picture and manages to bring these “battles of hygiene” fought across France to life. The many qualities of this nuanced approach, owing to the author’s choice to avoid monographic or sector-based approaches, occasionally also has its flaws: while the diversity of situations is clearly shown, it is difficult to get an idea, in fine, of the full extent and nature of the transformations involved, of how this is reflected in material terms, and of their impact on cities and environments. Readers would perhaps have liked to find out more about how the environment is designed by those who transform it, how it interacts with a more local context – the quest for a healthful environment – and another, more distant environment – one which receives effluent, refuse, smoke and emissions – and how different solutions contradict one another from an epistemological standpoint in certain cases or are expressed in the urban space and its surroundings both in social terms and in terms of the landscape – but perhaps this would have given a different work based on a different premise?

In any event, the fact remains that this work not only helps fill the gaps in the history of hygienism in its various urban forms, but is also reflected in current urban debates. How can one not bring to mind, when reading Stéphane Frioux’s work, energy policies and sustainable-development solutions that sometimes reinterpret much older technologies? We can today observe their multiscalar form and the importance of their local dimension. These networks of cities, which also reflect a form of “lateral” dissemination that extends beyond national hierarchical approaches, are also of great topical relevance (on this subject, see in particular the works of Harriet Bulkeley [2] and Cyria Emelianoff [3]). These contemporary reflections would gain from enrich those historians such as Stéphane Frioux, as they echo each other.

[1] Verdunisation is a water disinfection procedure that involves the injection of very low doses of chlorine.