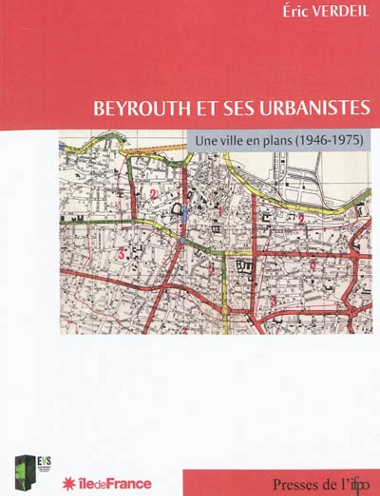 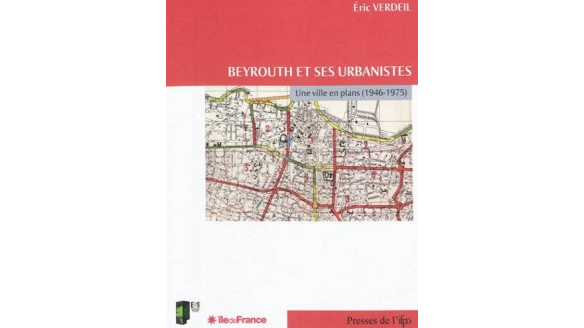 Beirut: the city beneath the surface

Éric Verdeil, shunning the usual discourse on Beirut and Lebanon focusing on the civil war, has taken the novel approach of considering the war as a distant backdrop. In doing so, he grants the various parties involved a degree of “room for manoeuvre”, making it easier to grasp both the timescales of public action and the interests of private players in the development of the area.

This alternative perspective is both legitimate and productive, as it allows the author to look beneath the surface, and in particular to examine the abandoned visions, aborted scenarios, missed opportunities and blind spots of an urban history spanning three decades. In the process, he transforms the face of the Lebanese capital – and more generally the rest of the country – from a “city at war” to what he aptly calls a “city in plans”: in other words, a city at the heart of a system of projections and compromises – and consequently sacrifices, too.

In eleven chapters, organised both chronologically and thematically, Beyrouth et ses urbanistes presents a social history of urban planning by looking back at the pivotal period – neither a golden age nor the cause of all the city’s ills – from independence and the assertion of nationhood to the eve of the civil war, from 1946 to 1975. Éric Verdeil delivers a dispassionate rereading of events seen through the prism of planned intentions and the gradual professionalisation of urban planning in Lebanon. His narrative is split into four parts: the period of continuity following the French Mandate and the beginnings of an independent Lebanon; the proactive policy of Lebanese president Fuad Chehab; the establishment of urban planning as a profession; and lastly the state of relations between the government and private interests, combined with the urban-planning challenges facing the country on the eve of the civil war.

Extremely thorough and detailed, albeit perhaps a little hard to follow at times for non-specialists on Lebanon or urban planning, the book follows a three-pronged methodological approach: first, by summarising a wide range of archival sources, many of them hitherto unexplored; second, through a systematic analysis of a number of Lebanese professional journals; and third, by examining a corpus of interviews with key figures from the period in question, all the while taking care to create links with the most recent research.

A system based on projections of spaces and ideas

The first contribution made by this work lies in its approach to urban planning: it is not just a mode of action imposed on the city, but also a system for producing narratives and projections in time and space that the author relates and revisits according to two interpretations: on the one hand, the formalisation of a “planner’s perspective” and its attendant characteristics, and, on the other, the assertion of the state, considered not as a homogeneous entity but as “a space where the strategies of social groups are affirmed” and a space “of alliances and negotiations”.

Its second contribution is that it does not consider urban planning on the scale of the city alone; it raises the question of development and spatial-planning principles across the whole of Lebanon. Beirut is therefore not the only reference space or the only place where there is a crystallisation of ideologies and creations, but just one of the elements of a wider framework of development and national reconfiguration. The city is no longer treated as an exception, but as part of a whole. Plan after plan and sketch after sketch, the reader sees a different geography of Lebanon take shape that focuses on territorial imbalances. The various planning documents exposed reveal a process that renders territories more or less (in)visible, where projections are concentrated on Beirut, its southern and western suburbs, and the coast, at the expense of southern Lebanon, the Beqaa Valley or the mountains.

This requires the decryption of a specific formalisation, namely the development plan. The diverse range of documentation examined allows Éric Verdeil to break down the scales, modes and standards of representation in plan form, the zoning processes at work and, as a result, the visions, values and strength of conviction that they convey. The succession of plans and their variants are analysed as the fruits of negotiations between public and private players and as the product of differentiated and sometimes contradictory views and standards.

From the confirmation of local expertise to international exchanges

The approach adopted is clearly based on a technical conception of the city, retracing the steps involved in implementing urban planning rather than the various stages of urbanisation and the social effects thereof. The Lebanese people themselves rarely enter the picture, with priority given instead to a slightly distorting examination of public policies and the development of a professional planning culture. The author focuses on internal debates within the urban-planning sphere, the operating methods they use, the emerging elite of planning practitioners, and their networks and political paymasters, at the risk of ignoring or distorting the social realities and complexities of the Lebanese context.

Nevertheless, this approach sheds light upon the dissemination and transfer of ideas and standards between foreign experts and local professionals. The development of Lebanese skills and know-how is analysed on the basis of exemplary individual trajectories – those of French experts such as Michel Écochard and Father Lebret, and of recurring local figures such as Gabriel Char, Joseph Naggear and Henri Eddé – and the formation of corporatist bodies for the mobilisation of resources, such as the Order of Engineers or the training programmes established. Here, the field of urban planning appears both as a space for the mobilisation of resources and a specific resource in itself that structured a professional sphere around a shared imagination supported by the dominant ideologies of functionalism, hygiene and development, and a rejection of corruption and inefficiency.

A “model of weak regulation”

The long-term study of development ideals and planning intentions in Lebanon brings to light a seamless change since the end of the French Mandate. Urban planning remains the instrument of a bourgeois and inegalitarian conception of society, promoting the interests of the middle and upper classes and legitimising their practices. The merit of Éric Verdeil’s work is, in common with the works of Marcel Roncayolo on Marseille, [1] that it demonstrates the complexity of the methods used to negotiate and produce a consensus in which the processes of public action sanction the interests of the private sector. In accordance with liberal ideologies, the proactive approach taken, primarily under Fuad Chehab’s leadership, is in no way authoritarian, and the adoption of urban-planning standards occurs via successive compromises with regard to existing practices and speculative tendencies. Tensions and exchanges of views between government departments, municipalities and private players concerning the extension of development rights and the negotiation of floor-area ratios are a good example of such compromises, extensively researched by the author. Compromise represents a minimal and paradoxical recognition of standards or best practices. Plan-based urbanism is a form of urban development built on compromise and the legitimisation of exceptions, as illustrated by the failure of policies promoting social housing and the eradication of substandard and irregular housing and, conversely, the success of policies creating facilities to serve an economy based on services and tourism.

Éric Verdeil, never forgetting he is first and foremost a geographer, does not embark upon a decontextualised interpretation where the case of Lebanon is treated as an exception. He places urban and urban-planning issues clearly in the post-colonial period and in the context of the diverse routes taken by the newly independent states. In this sense, from the colonial projections to the contemporary scenarios presented, this work traces the construction of a view of the East as a testing ground for experiments in urban planning and reciprocal transfers. To this end, the perspective adopted is not only that of North–South exchanges – from the former metropole to its colonies and protectorates – but also that of South–South interactions where Lebanon is rooted in the Mediterranean sphere. Assertions of national identity, attachments to pan-Arabism in Egypt and Syria, the rise of Palestinian resistance and its impact on Syrian, Jordanian and Lebanese territories, together with the resultant polarisations and radicalisations, are all key to understanding the debates on urban development, their translation into plans, and the subsequent non-implementation of these plans.

Far from the tabula rasa that one might assume would result from cycles of war, destruction and reconstruction, Éric Verdeil above all highlights the (sometimes obscured) memory of a raft of urban-planning operations. At the end of this eminently forward-looking journey through the recent history of Beirut, the years from 1946 to 1975 are confirmed as a period that saw the development of a field of expertise and a specific language and intelligence in spatial and territorial terms, emphasising shared boundaries rather than fault lines.