Jonathan R. Wynn is assistant professor of sociology at the University of Massachusetts Amherst. He works at the intersection of urban and cultural sociology, and his first book was published as The Tour Guide: Walking and Talking New York with the University of Chicago Press (2011, “Fieldwork Encounters and Discoveries” series). His work has been published in City & Community, Qualitative Sociology, Sociological Forum, Contexts, and Ethnography He is also the co-editor of the ASA Culture Section Newsletter (2011–present).

Wynn is currently completing a comparative, multi-method analysis of three music festivals (the Country Music Association Festival in Nashville, the Dunkin’ Donuts Newport Folk Festival in Rhode Island, and the South by Southwest festival in Austin, Texas), to examine how city stakeholders have adopted “festivalization” as an urban cultural policy, and the effects of city branding on locals, visitors, event organizers and participants alike. This book is under contract at the University of Chicago Press.

A third book on urban cultures, co-authored with Andrew Deener, is under contract at Oxford University Press. 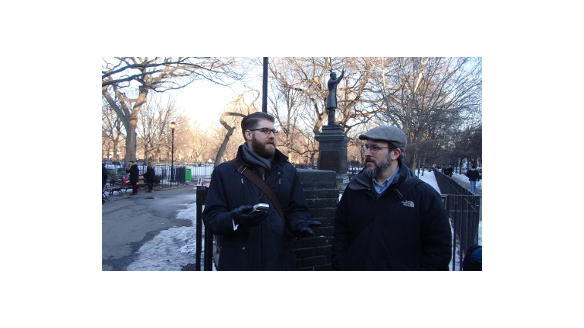 Taking Research to the Streets