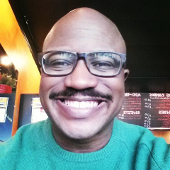 Michael Leo Owens, PhD, is Associate Professor of Political Science at Emory University in Atlanta, Georgia. A past chair of the governing board of the Urban Affairs Association and former member of the board of directors of Prison Policy Initiative, Owens serves on the national advisory board of the Georgia Justice Project.

He is the author of God and Government in the Ghetto: The Politics of Church–State Collaboration in Black America (University of Chicago Press, 2007), which examines affordable housing production and the political behavior of church-based community development corporations in New York City. His current book project, Prisoners of Democracy, studies community building and organizing to abolish public policies that diminish the political, social, and civil rights of persons convicted of felonies in the United States. Other work by Owens appears in the Journal of Urban Affairs, Urban Affairs Review, Political Research Quarterly, Du Bois Review, Nonprofit and Voluntary Sector Quarterly, and Social Science Quarterly.

Owens has two decades of applied and university-based research experience co‑designing and co‑leading studies of public policy implementation and the consequences of social-welfare and carceral policy reforms on African-American neighborhoods and other communities of color, including his work as co‑principal investigator for the Atlanta Reentry Mapping Network and current studies related to the outcomes of former public-housing residents and the restoration of political rights for formerly imprisoned people.