Skip to main content
One of the three apartment complexes with the highest eviction totals in Dane County, Wisconsin © J. Revel Sims
From the Field

Understanding the Causes of Eviction-Based Urban Displacement: Bringing Critical Urban Theory Back In

J. Revel Sims - 24 September 2019
Close analysis of eviction patterns in Dane County, Wisconsin, between 2000 and 2016 suggests that tenant poverty is not the sole driver of displacement, and that we must consider the importance of other structural factors.
displacement / critical urban theory / gentrification / evictions
Download PDF

Recent scholarship on eviction places the phenomenon within the context of increasing social and economic precariousness and the lack of affordable housing. This work exposes the importance of what was deemed a “hidden housing problem” within the social sciences (Hartman and Robinson 2003). By reducing eviction to precariousness, however, this approach redirects attention away from critical frameworks such as urban restructuring, political economy, and land-rent theory that previously provided valuable causal explanations for the process of urban displacement (see, for example, Smith 1979; Marcuse 1985). In a particularly revealing example of this shift, eviction scholars have recently argued that gentrification-induced displacement through eviction is relatively insignificant compared to eviction rates in poor neighborhoods (Desmond and Gershenson 2016). One conclusion being drawn from this argument is that public-policy discourse should focus less on displacement risks in gentrifying neighborhoods and give more attention to the production of tenant poverty, which, scholars argue, compels local landlords to adopt eviction as a rational business practice. Based on findings from an investigation of eviction patterns in Dane County, Wisconsin, I argue that we must not lose sight of critical frameworks that can explain displacement.

In an article in Urban Affairs Review, my co-author and I analyze an original database of 42,865 georeferenced eviction filings between 2000 and 2016 across Dane County, Wisconsin—an urban region that includes the state capital, Madison, and a number of other cities, towns, and villages. On the surface, our findings reaffirm the link between social precariousness and eviction-based displacement. For example, rather than being associated with reductions in index values forming a composite of neighborhood risk factors—which we assume partially represents a gentrification-like process—or increases in risk, the threat of displacement in Dane County through eviction is overwhelmingly concentrated in a few neighborhoods that are chronically more impoverished, more highly renter-occupied, more racialized as black and Latinx, and less educationally and occupationally advantaged. Among the 59 neighborhoods that experienced an extreme number of eviction filings (greater than two standard deviations from the mean) for at least two years of the study period, 34 (57.6%) were neighborhoods of not only the most “extreme” risk, but also neighborhoods that maintained this degree of risk—what we termed “continuously extremely high-risk” neighborhoods—between the two time periods of our study from 2006–10 to 2012–16. Regression models confirmed the association between eviction and these continuously extremely high-risk neighborhoods by showing that, compared to all other neighborhood types and trajectories, the incidence of eviction in these neighborhoods is 5.42 times all other neighborhoods’ predicted eviction filings—or, stated in other terms, it is an astonishing 442% higher.

In addition to exposing the relationship between eviction and the persistence of social precariousness at the neighborhood level, we took the further step of standardizing the names of people listed in our eviction filing database in order to analyze patterns of repeated eviction. This additional step offers results that suggest that other forces may help explain the pattern of eviction. The occurrence of multiple evictions—i.e. when people are listed more than once in eviction filings—is even more strongly associated with continuously extremely high-risk neighborhoods. Not only were almost three quarters (24 neighborhoods; 70.6%) of high multiple-eviction neighborhoods also continuously extremely high-risk neighborhoods, but as we distinguished multiple-eviction neighborhoods by degree—e.g. cases where tenants had been listed 1–3, 4–9, and 10–17 times—the statistical association with these particular neighborhoods increases positively. For example, the incidence of people listed between four and nine times in eviction filings is almost six times (5.97) the predicted value of the number of eviction filings in all other neighborhoods. And when the most extreme cases of repeated eviction filings against tenants are considered—i.e. where tenants were listed between 10 and 17 times—the incidence of eviction filings is 7.28 times (or 628% higher than) the predicted value of all other neighborhoods. Ultimately, a spatial analysis of the locations and chronological ordering of multiple-eviction cases revealed a pattern where tenants experiencing repeated filings often move between neighborhoods of this type. This analysis suggests that other housing-market and exclusionary factors at the urban scale may help explain the relationship between social precariousness and eviction.

Figure 1. One of the three apartment complexes with the highest eviction totals in Dane County, Wisconsin 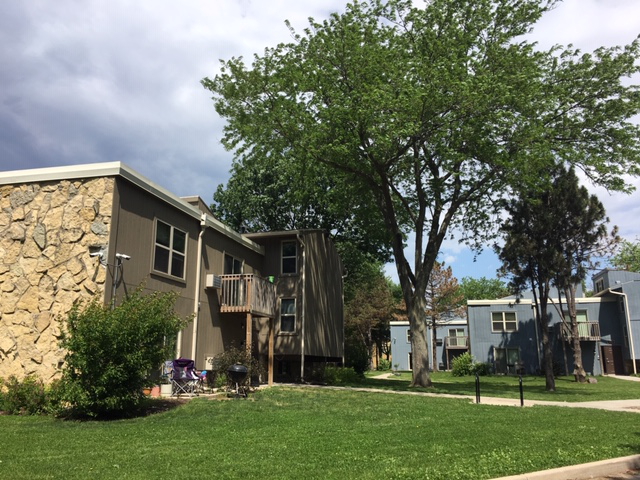 Our findings both reaffirm and challenge those emerging from recent eviction scholarship. On one hand, they underline the strong and predictable association between eviction and the most vulnerable households. The spatial-temporal quality of eviction in the county, however, points to a couple of alternative interpretations. First, the results suggest that the mobilization of state power is a place-specific opportunity structure for landlords that (in the Madison urban region) tends to form within a select group of neighborhoods where high tenant volatility mixes with low demographic change. The concentrated and repetitive practice of eviction in these locations shows that eviction-based displacement in the county contrasts with forms of gentrification-type exclusionary displacement that tend to push households outward from neighborhoods to peripheral locations. Instead, the spatial and temporal quality of the results allow us to imagine a displacement process that may be due less to precariousness alone than to a structured and highly racialized form of exclusion at the urban scale that manifests itself as a patchwork of islands of extreme risk and eviction—a conclusion that resonates strongly with critical urban theory.

Thinking about high-eviction neighborhoods geographically within a larger urban landscape that may include gentrification processes opens up a number of possibilities for researchers concerned about displacement that may be significantly different from analyses based on eviction due to poverty. For example, previous research on the relationship between racial segregation and urban housing markets has produced two important theories regarding similar forms of spatial concentration that are helpful for thinking about high-eviction neighborhoods. Economists have shown that anti-black racism in the US—what Massey and Denton (1988) referred to as “American apartheid”—produced opportunities for property owners in the form of price premiums (Courant 1978; Cutler et al. 1999). More recent investigations have shown that while premiums may not be immediately observable in rent differentials, they may manifest in lower housing quality (Myers 2004; Bayer et al. 2017). Critical geographers approaching the same circumstances have provided an alternative, but complementary, explanation. For example, David Harvey (1974) argued that the price premiums bestowed on property owners through racial segregation can also be explained by the landscape of land rent and the special monopoly powers produced when housing options within urban systems are systematically circumscribed for groups of people. Applied to eviction, these theories imply that neighborhoods of concentrated and repeated eviction may be better interpreted as special geographies produced at the urban scale through various forms of exclusion—e.g. poverty, structured scarcity, racism, gentrification—such that the conditions for displacement through property-owner mobilization of the state become reasonable and advantageous within certain neighborhoods.

These preliminary conclusions point to the importance of scale and regional differentiation for thinking about when and where eviction-based displacement occurs. Thus, while concentrated eviction geographies in Dane County over the last couple of decades may have been produced through a dual process of scattered isolation for the vulnerable and a combined exurbanization/gentrification(-lite) patterning for the more affluent that created little outward movement of at-risk tenants, there is no reason to believe this model is generalizable. In other urban contexts where gentrification processes are more highly developed and pro-tenant institutional legacies such as rent control in San Francisco, Los Angeles, and New York exist to make displacement more difficult, eviction-based displacement may operate differently as a necessary part of a larger gentrification strategy. In either case, we hope that our work helps to conceptualize eviction within a number of complex spatial processes that cannot be easily reduced to either gentrification or poverty alone. Toward this end, we need research that reveals differences between similarly vulnerable neighborhoods with different eviction trends or investigation into the relational role high-eviction neighborhoods may play in the development of the larger urban landscape and housing market that do not present eviction as an aberration. The question for critical researchers interested in eviction therefore becomes less about which sociological relationships are associated with eviction and more about uncovering the features that explain the diverse geographies and modes of displacement, as well as the appropriate scale at which these spatial relationships are organized. 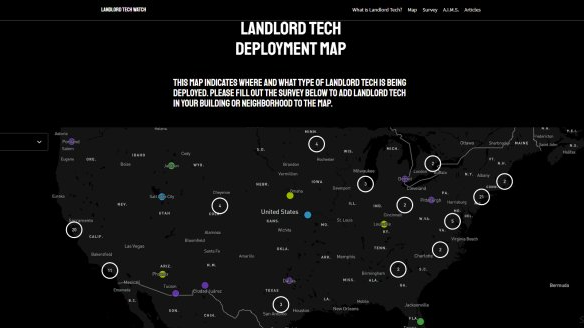 Erin McElroy & Wonyoung So - 30 March 2021
Covid‑19 has expanded trends in surveillance technology deployed by landlords and property managers—resulting in...