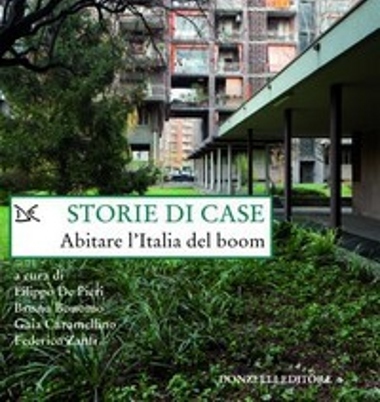 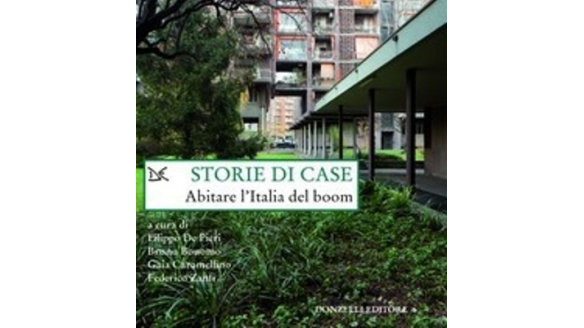 The “ordinary” Italian suburbs: exploring the apartment buildings of the middle classes

As the debates on urban sprawl and the continued low-density growth of the outer suburbs continue to rage on, a recent book about Italy reminds us just how diverse the urban peripheries of European cities actually are. In certain countries, post-war growth was based essentially on houses rather than apartments, with incentives to encourage home-ownership (as in the UK), while in others it was based on government-planned estates of collective housing (e.g. Scandinavia or Eastern Europe). In Italy, however, it was collective apartment buildings resulting from private-sector initiatives that provided housing for the middle classes in a difficult context and played a key role in the country’s gradual transformation into a nation of homeowners. The outskirts of major Italian cities are, even today, profoundly marked, in their very urban fabric, by these vast residential condomini (condominiums) of the 1950s and ’60s, composed of large apartment buildings grouped around shared gardens and amenities. Often, these complexes represent over half of all housing stock in Italy’s largest metropolitan areas. [1] And yet these “cities of private co-ownership” remain something of a blind spot in urban research, which often focuses on social-housing estates. The primary merit of Storie di Case is therefore that it sheds a little light on these “ordinary” suburbs populated by middle-class Italians.

The result of a collective research project involving both historians and architects, [2] this attractive and comprehensive work (524 pages, 233 colour plates and photographs, 3 location maps) studies in turn each of 23 residential complexes situated in the suburbs of Milan, Rome and Turin. These complexes, which can be found in both the inner and the outer suburbs, are quite diverse in terms of their architecture [3] and their legal status (most are co-ownerships/condominiums, but there are also a number of rental buildings belonging to professional cooperatives or real-estate companies, for instance). However, they are all composed of collective apartment buildings with shared outdoor spaces (gardens, car parks and sometimes leisure facilities such as swimming pools), and they were all built by private companies for the middle classes throughout the three decades of urban growth that Italy enjoyed between 1945 and 1975.

In methodological terms, each of these residential complexes is examined using a two-pronged approach. The first aspect concerns the production and physical characteristics of the housing in question, based on an analysis of planning documents, floor plans, the actions of the various stakeholders involved and the methods of construction used for these apartment buildings, from the planning stage through to their recent transformations and divisions in the late 2000s. The second approach concerns the practices of inhabitants (hence the concept of abitare – “inhabiting”, “living” – present in the book’s subtitle): a considerable number of interviews with residents, amply cited in the text, makes it possible to trace the changes in settlement patterns in these condomini from the 1950s to the present day, as well as the various practices associated with the internal layout and organisation of dwellings and the uses of communal spaces, in connection with the material culture of the middle classes. In adopting housing as an entry point for their research, the authors expose a whole slice of Italian urban and social history – in an engaging and “action-based” manner, furthermore – as a result of a steadfastly qualitative method that places considerable importance on photographs and interviews. The major Italian traditions of oral history and microstoria (microhistory) are mobilised here to bring the cultura condominiale of Italy’s everyday suburbs very much to life.

However, this methodological choice, which systematically gives priority to case studies without extrapolating any generalisations, also has its limitations. The book has no overall conclusion, and each case study remains self-contained and independent from the others. Readers may well find themselves somewhat disoriented by the book’s structure, which examines the 23 buildings in 23 chapters arranged in alphabetical order by street name, leading to constant chopping and changing between Rome, Milan and Turin – three very different urban contexts that would have benefited from a more general presentation. Similarly, the concepts of “inhabiting” or of the “middle classes”, which are central to this work, are never defined or discussed. Only the introduction provides us with a better understanding of the book’s overall perspective: the “micro” approach is fully embraced, the aim being to move away from the negative vision of a disorganised and speculative “private-sector city”, as opposed to a planned “public-sector city”. The case studies challenge the binary oppositions between private and public, within and without, by showing, for example, how the strategies of small construction companies are, in fact, in synergy with public housing policies, or how residents’ practices constantly extend beyond the private space in order to make use of buildings’ communal spaces, which act as buffer zones between dwelling and neighbourhood.

A society of co-owners

As will be clear by now, this book is above all aimed at readers familiar with Italian society – or in any event the societies of Southern European cities – who, moreover, could almost use it as a sourcebook: in this work, they will find extremely rich ethnographic material and an illustration “through actions” of more general social processes described elsewhere. Accordingly, Storie di Case also provides evidence that moderates or mitigates certain theories concerning Italian cities. We shall cite three key examples, which are particularly interesting in terms of the urban issues they raise.

First of all, this book contains extremely detailed studies of the roles played by the stakeholders involved in creating the urban fabric of these cities, which go some way to tempering and qualifying the idea, particularly in the case of Rome, that speculative real-estate development is essentially controlled by a few major landowning families (Insolera 1962). On the contrary, it emphasises the key role played by small-scale agricultural landowners in the construction of condomini comprising apartment buildings, as a result of contracts concluded with small homebuilding firms (see Chapter 4, for example).

The book also offers an alternative point of view regarding the Southern European model of access to housing, often described as familistic and characterised by a policy of laissez-faire on the part of incomplete welfare states that intervene rarely in the sphere of la casa (Allen et al. 2004). In reality, several chapters of this book demonstrate how family-based channels of access to housing are combined with the use of loans, public tax incentives and, in some cases, the mobilisation of work-related channels and cooperatives. Indeed, the role of professional cooperatives (such as that set up by university lecturers from La Sapienza in Rome, Chapter 8) and above all the role of parapublic companies (Chapter 4) and insurance companies (Chapter 3) in accumulating vast swathes of private housing is evoked, together with preferential measures (special loans or moderated rents) implemented by these organisations in order to make it easier for their employees to find accommodation. The Tupini Law (1949), which enacted a 25‑year tax exemption for “non-luxury” buildings, also played an essential role in the 1950s and ’60s, as pointed out in five of the case studies (see, for example, Chapters 1, 2, 3, 6 and 8). The case of Paolo Z., cited in the first chapter, neatly summarises the complexity of the accession model for the Italian middle classes: in the 1960s, he bought an apartment in a complex of 14 collective buildings with a shared garden and swimming pool, all built in the eastern suburbs of Rome by the real-estate company where his father worked, the Immobiliare. [4] He was able to make his purchase thanks to a family contribution (a gift from his parents), a preferential loan obtained from the Immobiliare via his father, and the Tupini tax exemptions. What we have here is more than a laissez-faire policy: it is a policy promoting the “individualistic mobilisation” of the middle classes (Pizzorno 1974), typical of a Christian democratic ideology that seeks to stabilise society by building a republic of homeowners. However, the case studies reflect the growing importance of family-based channels for the children of the first generation of homeowners: from the 1980s and ’90s onwards, with rising property prices linked in part to the financialisation of the housing market (with, for instance, the disappearance of professional cooperatives), phenomena such as the subdivision of dwellings and the grouping together of extended families in nearby apartments within the same complexes – a very common residential model today in Italy (Pfirsch 2011, 2012).

Lastly, one of the key merits of this work is that it reveals a real “culture of co-ownership” that is specific to these residential complexes and quite typical of the Italian middle classes, for whom it is an important factor in their social distinction, especially when their residence is located in a working-class area… This culture is based on neighbourly solidarity linked to the shared use of the communal spaces and leisure facilities present in co-owned buildings, which are preferred to complexes of the 1960s and ’70s located in more distant neighbourhoods and with even poorer access to public services. Swimming pools and gardens in co-owned complexes are extensively used by children and teenagers, enabling them to “go out” while remaining under the minimal supervision of their parents in a safe space that is isolated from the rest of the neighbourhood. In several chapters, mention is made of the link, evoked elsewhere but particularly strong in Italy, between “clubbisation approaches” and residential enclosure (Le Goix and Webster 2008), as many of these co-owned buildings are essentially gated communities. Indeed, certain complexes are likened by their residents to “holiday villages” (see Chapters 3 and 6), constituting “middle-class” versions of the select clubs and luxury housing estates of the urban elite, which, as recent studies have shown, have proved highly successful in Italy and have had a considerable influence on residential models throughout the country (Cousin 2012).

Ultimately, this journey through the history of ordinary Italian middle-class apartment buildings will interest not only those readers with specialist knowledge of Italy but also more generally any researchers whose work focuses on the housing of the middle classes in Europe. They will find that this book contains – in a precise and engaging manner, albeit dispersed throughout the work – very rich material to illustrate the dynamics of contemporary suburbia, from social fragmentation to residential enclosure, to the financialisation of the housing market.

[2] Project titled Architetture per i ceti medi nell’Italia del boom. Per una storia sociale dell’abitare a Torino, Milano e Roma, funded by the Italian ministry for research and conducted by the Politecnico di Torino, the Politecnico di Milano and Sapienza – Università di Roma between 2011 and 2013.

[3] The different types of apartment building that can be found in these complexes include palazzine (with five or six floors), villini (small three-storey buildings with gardens) and large torri with 10 storeys or more.