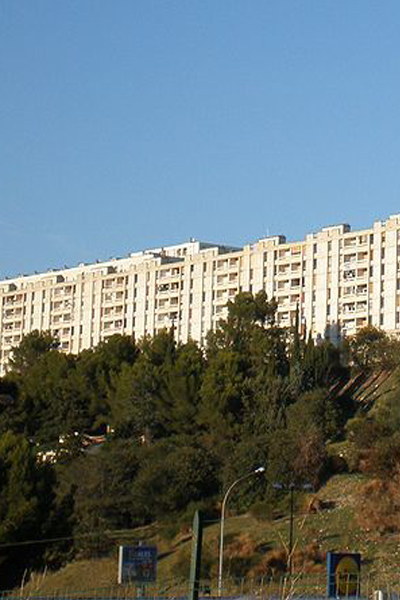 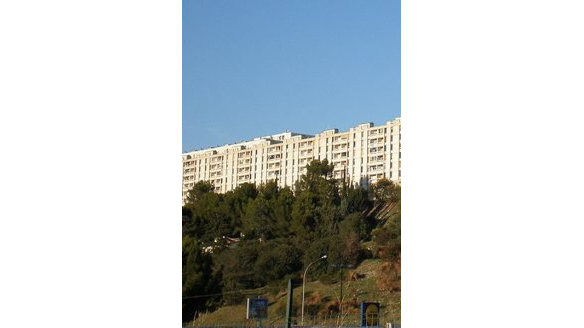 The question posed here is whether the term “ghetto” applies to the impoverished French housing projects known as Zones Urbaines Sensibles (ZUS) [literally “sensitive urban areas”, referred to below as “urban renewal zones” to use a similar English euphemism – Translator’s note]. Behind the received notion of a social continuum fairly evenly spread over urban areas (Préteceille, 2003), how can we fail to see the increasingly radical segregation in our midst? With affluent neighbourhoods, on the one hand, where the urban rich build and preserve their insular communities, and poor neighbourhoods, on the other, where the inhabitants bear daily witness to the rampant social and economic deterioration of their living conditions. In French cities, we are seeing more and more urban poor consigned to social housing that is located a good ways away from the affluent inner-city neighbourhoods. The paradigmatic form thereof is the sprawling low-rent housing project. The question here is: are these “ghettos” or not?

Is “ghetto” the wrong term?

Alongside economic and political decisionmakers, urban policymakers and journalists often say French urban renewal zones (ZUS) are akin to ghettos (Stébé, Marchal, 2009). However, the term “ghetto” seems inappropriate a priori if it alludes to the Jewish ghetto described by Louis Wirth in 1925. According to Wirth, a ghetto exhibits five distinctive traits: 1) an organized microsociety 2) a circumscribed administrative area 3) a culturally homogeneous population 4) an external coercive power and 5) a hostile environment. These are the criteria that served to justify using the word to describe poor black neighbourhoods in America. The term is all the more appropriate seeing as segregation was official in the US up to the 1960s.

Several social scientists in France reject any conflation of French housing projects with black ghettos in the US. Sophie Body-Gendrot (2007) argues that US history is marked by a founding racial conflict relegating those deemed inferior to a stigmatized realm. She takes up US sociologist Douglas Massey’s term, “soft apartheid”, to describe a system institutionalized over the course of several centuries that is still more inclined to wall in the ghettos than call them into question. Unlike the US, however, France has been spared such systemic racial segregation, in which the identity of the self and the other hinges chiefly on the colour of one’s skin. Body-Gendrot finds that, ultimately, the French republican ideal eschews the racialization of social relations, favouring unity over heterogeneity.

Similarly, Loic Wacquant (2005; 2006) notes significant disparities between French housing projects and the American black ghetto. First of all, he points up the gap in size and scale between US ghettos and French urban renewal zones. He then observes functional and ecological contrasts: unlike American ghettos, French social housing projects are “residential islets” that are not cut off from other urban areas. Wacquant, a Bourdieusian sociologist, also underscores the fact that US ghettos are entirely and exclusively black, whereas poor French suburbs exhibit considerable ethnic diversity. He also points out that US ghettos are plagued by levels of poverty and indigence and forms of violence unequalled in France. Finally, according to the author, many American black ghettos are in a state of utter dereliction unknown in France.

All these points of view suggest that it would be stretching the term to call certain French urban renewal zones “ghettos”. And yet the word is used by some social scientists, e.g. Alain Touraine (1991) observing in the early 1990s that “Conflicts and equalities were inherent in class-based French society. The laisser-faire society that France is becoming bears the seeds of ghettos within itself [...]. Consequently, a ‘social argument’ gives meaning to new identities based on a collective experience of exclusion.”

More recently, economist Eric Maurin showed no qualms about using the term in his book Le ghetto français (2004) to characterize segregation processes resulting from social housing assignment policies; eligibility criteria for state aid – e.g. to Zones Franches [the most destitute social housing areas]; and from individuals’ self-segregating behaviour taken in the aggregate. Among other things, Maurin points out when certain areas are branded Zones d’Education Prioritaire (ZEP in common usage), the middle class flee the neighbourhoods so labelled – and so stigmatized. What follows is a double ghettoization process: from above (self-seclusion in wealthy neighbourhoods) and from below (residents effectively “grounded” in social housing enclaves).

For sociologist Didier Lapeyronnie (2008), although the social sciences have in the past largely rejected the use of “ghetto” in France, it is now thoroughly acceptable practice to employ the term to specify the social and racial reality of certain suburban housing projects. He notes in this regard that a number of developments since the early 2000s have actually spurred the growth of ghettos in France: viz. mounting urban segregation and racial discrimination, a considerable increase in unemployment and social inequalities, and the formation of micro-societies organized along lines that are peculiar to certain segregated neighbourhoods. The spread of a fully-fledged “ghetto mindset” is all the more likely, in his estimation, as these various trends have been compounded by closed-minded and discriminatory social policies. Real and symbolic barriers are going up between social groups, as they peer at one another, then withdraw to defend their “turf”. Hence the emergence of poor, self-enclosed neighbourhoods estranging themselves from the agglomeration to which they belong. Far from being a natural development, the ghetto is a “social, political and cultural construct”.

When the “ghetto” is a reality

Lapeyronnie’s remarks are not all that far removed from Wacquant’s assertion (2006) that the ghetto is the product of political decisions, or more precisely “institutional” decisions – made in this case by the state. But then why are these two authors so opposed on whether certain French “urban renewal zones” can be called “ghettos”?

It should be pointed out here that the field data Wacquant uses are outdated: they go back to the 1980s and early 1990s. But segregation and racialization processes have clearly radicalized since then in some French urban renewal zones. Body-Gendrot (2008) rightly stresses that the zones lost 5.7% of their inhabitants between 1990 and 1999. But that does not mean that as the population declined, living conditions improved for those who had to stay put. Today, 7.9% of the French population, or 4.6 million people, live in urban renewal zones. And statistics show that their living conditions have actually worsened since then (Marchal, Stébé, 2010).

Moreover, it seems to us the radicalized exclusion of some French urban renewal zones belies Wacquant’s assertion that the experience of stigmatization and confinement has less impact on youths in French projects than on blacks in US ghettos. In Parias urbains [Urban Outcasts], he argues that French housing projects are not ghettos on two grounds: 1) Housing project residents, particularly the young population, have internalized the ideology of a unified and egalitarian citizenry. 2) The stigma in France essentially attaches to the area one lives in and not so much to ethnicity. These two arguments probably call for some minor readjustments. As Manuel Boucher observes (2007), it is not only in US black ghettos that people suffer from “compound stigmatization, from the twofold negative symbolic capital attaching to the colour of their skin and the fact of being consigned to an enclosed, reserved and inferior part of town [...]”. That description now applies to those residents of French projects shorthand-stereotyped as jeunes des cités (“housing projects youths”). They are acutely aware of the whole panoply of inequalities and differences, and they experience racism on a daily basis – which compromises their allegiance to the French republican ideology.

It seems increasingly difficult to maintain that the stigma in France basically attaches to the area and not so much to ethnicity. While that was true in the 1980s and early ’90s, these two dimensions are now perceptibly balancing out: witness the ethnicization of the political sphere. Gabrielle Varro (2008) notes in this regard that the political relativization of French citizenship and identity was recently observed in the 2005 riots, when interior minister Nicolas Sarkozy “pledged” to expel the “youths” convicted of violent crime. One now wonders whether those “citizens” are not second-class citizens, “ethnicized” in the sense that, if they were deemed truly French – of French origin –, nobody would have considered expelling them from the country. Besides, politicians are not the only ones who resort to ethnic identities. Inside urban renewal zones themselves, social relations have gradually “ethnicized”, even “racialized”, pitting French against Arabs, but also Arabs against Jews, to mention just a few examples (Lapeyronnie, 2008). Contrary to what Colette Pétonnet (1985) observed in 1970s slums, nowadays, in impoverished housing projects, hierarchies are not confined to the “interpersonal” realm. Ethnic categorization is becoming an ordinary means of identifying oneself and others. Furthermore, Wacquant’s stress on the virtual absence of any reference to ethnicity – whether by policymakers or ZUS residents themselves – to refute the existence of ghettos in France no longer really stands up to scrutiny. Body-Gendrot (2008) herself recently admitted that the ethnicization of social relations in France has intensified – despite the non-acknowledgment of ethnic identities in the public sphere.

A number of French enclaves labelled ZUS, or “urban renewal zones”, suffer from multiple handicaps: geographic (functionalist architecture and urban planning, ambient decrepitude, isolation etc), socio-economic (high unemployment, large number of welfare dependents etc.), educational (large proportion of high school dropouts and remedial-year pupils etc), medical (dearth of doctors, outbreaks of forgotten diseases etc.), progressively enclosing them inside a whole array of physical, social and symbolic borders. Hence the heuristic pertinence of using “ghetto” to describe some French urban renewal zones. Ghetto is a designation that is gaining ground these days in French cities because those who dwell in urban renewal zones are a “captive” population: they really have very low odds of ever leaving their substandard social housing. So the symbolic walls around urban renewal zones turn out to be quite sturdy and every bit as impermeable as physical barriers. As François Dubet puts it (2009): The dispute over whether these neighbourhoods are ‘ghettos’ is rather pointless. They are ghettos inasmuch as the poorest of the poor and families of colonial immigrant origins are assigned to live there. They are also and above all ghettos because the rejected and the stigmatized end up identifying with the social attributes on which their rejection is based, and they themselves construct mechanisms to control their ‘turf’, their ‘girls’, some economic resources and associations, a control that accentuates their break with the surroundings.

Danièle Voldman & translated by Oliver Waine - 17 April 2020
In France, the professions of social worker and concierge both emerged in the early 20th century, and both... 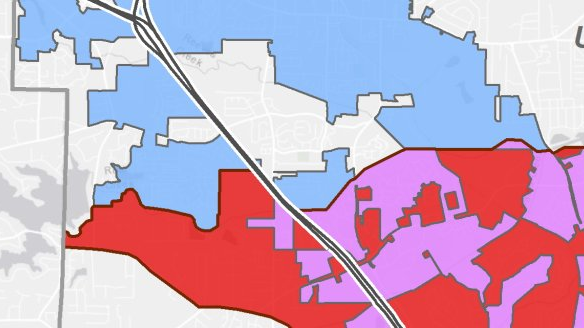