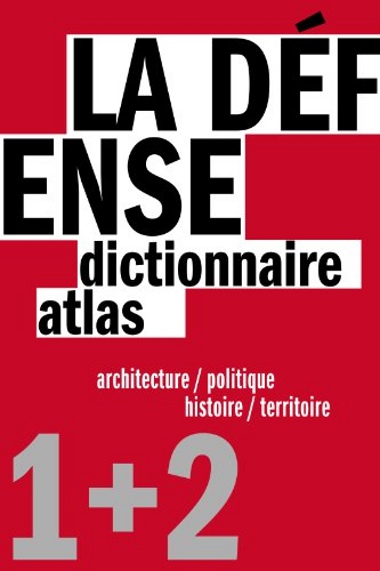 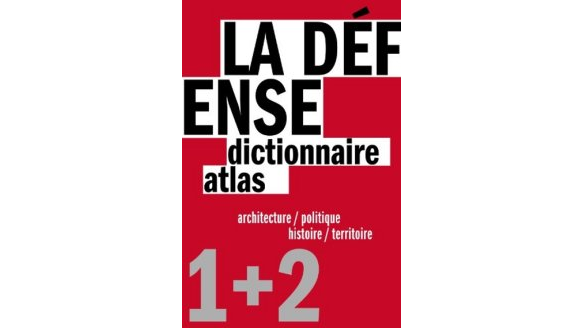 La Défense: the Planning and Politics of a Global Business District

La Défense, the international business district situated in the western suburbs of Paris, is a fascinating artifact of the planning and architecture of global cities. Since 1958, the state-run agency EPAD (Établissement Public pour l’Aménagement de la Région de la Défense) has wielded impressive powers to transform a low-income suburb into one of Europe’s premier global business centers. [1] The result has been a unique experiment in urban renovation, architecture, and power‑broking that shows little sign of letting up more than half a century after its inception.

The scholarly treatment of La Défense has lagged behind the coverage of comparable projects like Docklands in London and Battery Park City in New York. Several collected volumes from the early 1990s and doctoral theses make up the bulk of the literature on the Parisian business district. [2] The new dictionary and atlas of La Défense, coordinated by the architectural historians Pierre Chabard and Virginie Picon-Lefebvre, is thus a welcome addition. The two-volume set covers the history of the site from the 1930s to the present and “from the Seine to the Seine” – in other words, the 1,800-acre site managed by EPAD, not just the international business district that most people associate with La Défense. Thanks to collaboration between scholars, EPAD archivists, and the Paris planning agency Atelier Parisien d’Urbanisme (APUR), the work is handsomely illustrated and brings new sources to light. [3] Finally, those who do not read French will be happy to learn that a shorter English-language volume, highlighting the main contributions of the current work, will go to press later this year.

The dictionary’s main focus is on architecture and urban design, but it also provides entries on the politics, economics, and sociology of this fascinating urban district. Its 133 articles cover La Défense’s most recognizable monuments – such as the Grande Arche building opened in 1989 – but also its hidden underbelly. We thus learn that the underground parking system is so vast that only half its spots are ever rented out and so labyrinthine that renovation projects have turned up long-forgotten lots.

A series of entries on EPAD, its sister agencies, and the politicians and administrators who ran them shed new light on the exceptional governance structure created for the project. With its technocratic authoritarianism, EPAD has long symbolized the Gaullist dirigisme of the 1960s. The dictionary both confirms and complicates this interpretation. Various articles show that the EPAD model was in fact rooted in the Fourth Republic. Since the 1960s, moreover, the agency has gradually bowed to the growing power of businesses and local authorities, but has also managed to preserve its basic setup despite major transformations in the French political landscape.

La Défense’s fantastic urban design was meant to overcome the congestion of the contemporary metropolis. Applying modernist principles, planners sought to maximize the flow of people and goods to the west of Paris while removing, even “liberating”, pedestrians from traffic and other nuisances. Their solution was to build a giant concrete platform (dalle) over a vast network of highways, service roads, rail lines, and bus terminals. The articles on the dalle and the transportation system paint a complex picture. In many respects, the setup has worked remarkably well. A vast, calm, and indeed beautiful public space sits atop one of France’s most bustling transportation hubs. La Défense is superficially associated with the postwar frenzy for urban highways, but in fact it is overwhelmingly reached by public transportation and then navigated on foot. Yet this gigantic complex also has its downsides. It drains workers from all over the Paris region, can be a nightmare for daily commuters, and leaves engineers struggling against the constant saturation of its transportation networks. The authors’ takes on the dalle system are thus decidedly mixed. Is it a remarkably efficient urban machine, a bucolic public playground, and even a democratic agora for the modern city? Or is it a disorienting labyrinth – the Situationist game of dérive cruelly imposed on employees just trying to get to work (as Stéphane Degoutin suggests, pp. 153–155)?

Architecturally, La Défense has been a permanent testing ground. Initially a showcase for modernist monumentalism – particularly vibrant in postwar France – it quickly shifted to a more eclectic skyline with the liberalization of building codes and the growing importance of prestige designs for corporate branding. Numerous articles show the importance of context and conflict in this evolution. Several real-estate crises, one of which almost ended the La Défense experiment in the 1970s, forced architects and planners to abandon as many projects as they implemented. The public outcry over skyscrapers on Paris’s historic skyline has also been a recurrent factor in planning decisions. Finally, an equally interesting architectural evolution was occurring to the west of the business district proper, in the “Zone B” of the EPAD perimeter. Dedicated to residential development, Zone B was a laboratory for postwar collective housing. Over time, however, its fanciful designs became impoverished cités sitting in the shadows of global finance.

The atlas provides another, fascinating part of the story. It first traces what was planned, built, and destroyed at La Défense through three chronological series of maps and aerial photographs. We watch the creative destruction of the district, as homes, shantytowns, and industries give way to vast infrastructures and office towers. We also get a good sense of the gap between ideals and realizations in each period. An explanatory text, a statistical morphology of La Défense today, and a striking collection of aerial photographs taken in 2010 round out the volume.

The two volumes have a certain number of limits. In terms of coverage, the dictionary is, as the editors note, an “inaugural rather than exhaustive effort” (p. 12). The relative lack of scholarly material on La Défense means that the new synthesis called for in the introduction will have to await further research.

Unfortunately, the editors do not facilitate this task by drawing together the themes, debates, and research questions that emerge from the current volume. [4] Future scholars will find several other aspects of the dictionary frustrating. There are numerous repetitions and overlaps among the articles. Readers interested in the evolution of the business real-estate market, for instance, will have to cross the information from at least nine entries. [5] Since the general index only includes people’s names, there is also no way to search for locations or themes that do not appear in the entry headings. Finally, source referencing is uneven – a shame for a work intended to spur new research. Hence we learn that the planning journal Urbanisme repeatedly featured stories on La Défense, but we do not know in which issues (p. 133). We can only take the authors’ word for a number of interesting assertions, such as the claim that one mayor was “known for his ability to block all major operations in order to obtain benefits for his town” (p. 94). And it can be hard to know when the authors used EPAD’s collections or simply relied on secondary literature.

Despite these limits, the dictionary and atlas provide a wealth of information and offer an unprecedented visual grasp of La Défense’s history. They will be an indispensable tool for scholars. For others interested in French architecture and planning, they provide a handsomely illustrated overview of an exceptional urban laboratory. And if the story of La Défense attracts new attention to Paris’s century-long transformation from an industrial capital of empire to a new kind of world city, the authors will have achieved their aim.

[3] The work was financed by EPADESA. Access to the EPAD’s archives was provided by Defacto.

[4] However, readers unfamiliar with the history of La Défense will find a useful overview in the atlas’s introduction.