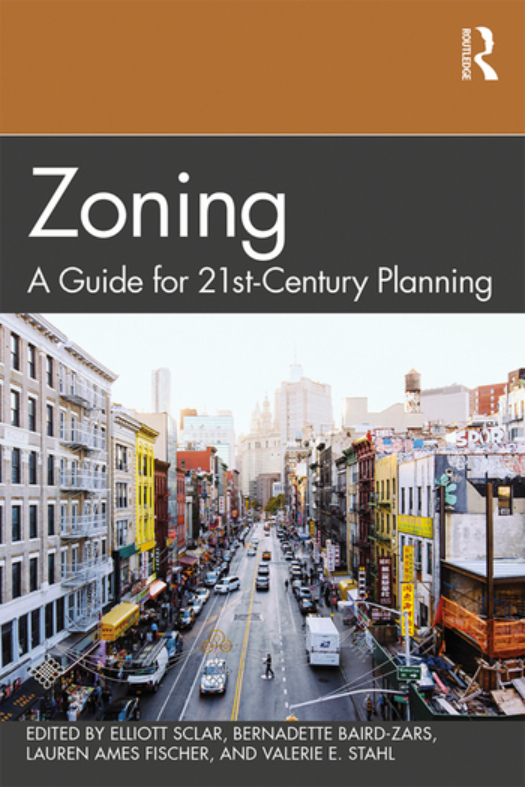 Zoning is, arguably, the central problematic in US urban planning. If one examines almost any question regarding the physical development of our city regions, zoning often pops up as a major villain. From debates over gentrification to the potential of a Green New Deal, zoning is characterized as a major barrier towards progress, however one may define it. But both zoning’s detractors and its hesitant defenders often make a major conceptual mistake: collapsing planning practice and larger urban-development policy within the bounds of the zoning code. As planners, such a statement seems obvious, but we also know that, in practice, zoning codes are often the de facto plans for many cities. The most painful evidence for this state is the failure of planners to transform our city regions in positive ways in most areas. Zoning’s centrality in the continued development of our regions means that it requires careful study so that researchers and practitioners can have a better understanding of the particular dynamics of a much-maligned tool.

In this current political context, Zoning: A Guide for 21st‑Century Planning, an edited volume by Elliott Sclar, Bernadette Baird‑Zars, Lauren Ames Fischer and Valerie E. Stahl, offers not just a ready reference for the different uses of zoning, but a defense of zoning as a tool of planning. One may conclude after reading these essays that zoning’s failures are larger failures of planning. Zoning is currently framed as a foundational problem in many of our urban areas and is attacked from both the left and the right as either inherently oppressive, unconscionably inefficient, or both. But this volume argues that zoning is a tool of planning and that zoning’s crimes have less to do with the ability to regulate land use than with a lack of robust planning in most of our city regions. As planners, we are told that zoning codes are not plans, but in a world where many major cities still do not have comprehensive plans or have not updated their plans in decades, zoning codes, in practice, are plans. Cities thus have strong regulatory powers, but little in the way of a guiding logic. Such a gap opens the door to the piecemeal, antagonistic regimes we see today in many cities on questions of development that do less to open planning practice to democratic voices than to offer shortcuts for the powerful or connected to hoard their own resources at the expense of the greater city.

The introductory essay of the volume is a history of zoning divided into a series of “stories” by Raphael Fischler. Fischler offers digestible examples of zoning’s fraught, contested history and explains how this history leads to zoning’s complex present. The first “story” offered gives a broad history of zoning going back to its birth in Germany in the mid‑19th century and zoning’s use to protect inhabitants from some of the worst externalities of the city. What is useful in this vignette is not simply the basic history but Fischler’s observation that zoning is necessarily a crude instrument. Dictating use and function in relation to incompatible uses is crude precisely because what is deemed incompatible or dangerous changes constantly over time. Thus we have centuries-old rules dictating current spatial relations. The next two vignettes explore zoning’s historical use as a tool of segregation by social and racial elites and how that influence is still felt today in our cities. The final vignette explores the question of zoning’s power, and Fischler makes the cogent observation that zoning is used too often as a substitute for planning and that practices like spot zoning reinforce the power of politicians and connected individuals but also undermine the ability, or desire, of cities to actually plan. This chapter should be required reading for all planning and urban-studies students as an introduction to the subject. The final essay in the first section is more of a review of rural land-use policies and issues, such as the use of minimum lot sizes and transfer of development rights to preserve land, and makes a strong argument that rural land-use policy should be given as much attention as its urban and suburban counterparts.

The second part, “Zoning in Planning,” features four essays on more specific topic areas where land-use policy and zoning are important but often downplayed. The highlight of this section is the chapter on economic development zones by Rachel Meltzer. Economic-development practitioners use a variety of spatially delineated policy vehicles, such as tax-increment financing (TIF) districts and, more recently, opportunity zones. Meltzer describes a wide array of policies and then provides a deeper study of one tool: business improvement districts (BIDs). The section on BIDs covers recent research on their impacts, strengths, and weaknesses. BIDs offer mixed lessons to economic-development practitioners. Individually, they can help districts produce needed funding for development support, but they are often antidemocratic institutions dominated by the biggest actors in their respective districts, and if a city has an excessive number of BIDs, then it can seriously impact its own fiscal health by starving itself of needed property-tax revenue. Additionally, BIDs cannot help districts that are already suffering from a lack of investment and cannot serve as a substitute for redistributive policies. Meltzer argues that economic-development researchers should play closer attention to spatial policies and land use, and should make it clear to land-use researchers that economic development is a crucial issue that requires greater scrutiny. Many proposed policies make a claim of positive economic development, but it is rare to see proponents actually take economic development seriously as a positive goal. Meltzer’s chapter should encourage planners to move beyond the lazy conflation of real-estate and economic development and to seriously contend with the role of land use in local labor-market and fiscal restructuring.

The final section, “Zoning in Practice,” presents a series of case studies of zoning’s use across a variety of cities. The section opens with a chapter by Bernadette Baird-Zars that explores the question of practice within zoning. Baird-Zars explicitly places zoning within a network of different institutions that play into development decisions and argues that all of those actors, such as finance institutions, have differential influence on development decisions along with zoning. In exploring the connections, and disjunctures, that practitioners face in development decisions, Baird-Zars wants to highlight potential areas of progressive intervention during questions of implementation. Zoning decisions are rarely straightforward, and understanding how to exploit and navigate these gray spaces offers opportunities for planners.

The highlight of the “Zoning Practice” section, though, is Andrew Whittemore’s case study on racist justifications for rezonings in Durham, North Carolina from 1945 to 2014. Not only was Whittemore’s research—reviewing thousands of city minutes and memoranda over half a century—a massive task, but his case study shows how existing prejudices and power imbalances, along with the incremental nature of zoning decisions, dramatically reshape the physical and social landscapes of our cities in ways that seem invisible. Whittemore’s work exposes how racism has shaped, and still shapes, our cities. Whittemore’s case study also offers dramatic evidence on how many cities have replaced comprehensive planning with individualized zoning conflicts that ultimately reshape our cities. Again, it is not adequate to view the zoning code in such cities as primarily a tool limiting development but part of a greater system of practices and norms that varied actors manipulate for their own advantage. Finally, Whittemore’s choice of Durham, a mid-size Southern city, should be an example to other planning researchers. The US South is an under-studied region in planning and urban studies, and its absence is even less defensible in 2020, when many Southern cities have been among the nation’s fastest-growing for nearly 40 years.

Zoning’s main weakness lies in its uneven nature. The authors could have more explicitly linked their essays back to the theme of the book—understanding zoning as an institution. While I do not believe students require spoon-feeding, some chapters examine zoning practices or history as part of a larger institutional study of planning, while others revert to the more common practice of researching zoning as a thing unto itself.

The final chapter in the book is on the methodology of institutional analyses of zoning. The chapter provides useful highlights and recommendations that can lead researchers to ask deeper questions about zoning. Beyond the methodological approach, Zoning’s real strength lies in its full-throated defense of, and belief in, planning as a field and vocation. In these fraught times, when a global pandemic highlights longstanding problems in substandard and overcrowded housing in both urban and rural areas, and a new eruption of protest against racist police brutality forces planners to consider their contributions to propping up racist systems, we need real planning more than ever. We need a planning practice that is willing to attack chronic housing shortages, but is also willing to attack housing discrimination; we need a planning practice that embraces economic growth, but recognizes that our labor markets do not offer the kind of security or mobility that they could; and we need a planning practice that can look boldly into a future that does not simply reject oppression, but actively chases it out. Such a project requires that we view zoning beyond a mere regulatory tool whose problems are solved by liberalization, and rather as a part of a network of institutions and practices that shape our cities. Viewing zoning as one tool within this greater institutional milieu allows for a deeper consideration of what it is that zoning represents, and what its role should be.