Sandra Huning - 23 January 2013
Lire en français
How can a gender approach be integrated into urban planning? Sandra Huning here considers this question and presents three theoretical frameworks that, though not always easy to implement, can help formalize gender planning and create urban spaces that are more compatible with the needs of all users.
urban planning / gender / Germany / Berlin
Download PDF

Urban planning aims to develop and design urban futures and to provide the legal and political means for the implementation of appropriate measures. It purposefully constructs spaces and inscribes collective norms, institutions and imaginations into material environments. Ideally, these constructions are the legitimate outcomes of democratic processes. However, they also reflect implicit (gender) ideologies. In Germany, feminist urban scholars have criticized Fordist spatial structures since the 1970s for their incompatibility with women’s lifestyles and needs, as the spatial separation of productive and reproductive urban functions (businesses in city centres and industrial areas, housing in suburbia) complicated the reconciliation of the two for women and mothers who wished to combine both. In response, they developed planning models to adapt urban environments. With the introduction of gender mainstreaming in Europe in 1999, which “calls for the systematic incorporation of gender issues throughout all governmental institutions and policies” (Pollack and Hafner-Burton 2000, p. 434), “gender planning” became a new field of practice. Based on the legacy of feminist urban critique, pragmatic gender-planning guidelines were drawn up to help planners design gender-adequate urban environments in many German cities and regions (see some exemplary guidelines from SenStadt 2011 in Figure 1).

This article identifies three approaches to gender planning and relates them to social constructionist perspectives in urban gender studies. It argues that all three approaches have their potentials, but also their pitfalls, and that feminist and queer expertise will remain necessary for the further implementation of gender issues in planning practice.

Gender and space in theory and practice: ambivalences

Social-constructionist approaches in urban gender studies are based on the assumption that neither gender nor space is a “natural” entity, but that they are both socially produced. Space, on the one hand, is defined as “relational arrangements of living beings and social goods”, which implies “the simultaneous practice of placing (groups of) humans and things and […] the need to link together objects perceived/seen to form spaces” (Löw 2006, p. 120). Gender, on the other hand, is considered as an “emergent feature of social situations” as a consequence of “doing gender” (West and Zimmerman 1991, pp. 14 and 24), achieved through performances and interpretations related to normative judgements of masculinity and femininity. “[P]hysical features of social settings” – such as urban spaces – frame the performance of gender differences in the context of a two-sex gender order (West and Zimmerman 1991, p. 24), which is strongly intertwined with the regime of heterosexuality (Frisch 2002).

In contrast to these constructionist perspectives, space and gender are defined more pragmatically in architecture and planning. While the social dimensions of the production of space are increasingly recognized, a two-sex binary is still the norm, and little attention is paid to either’s social construction. Many municipalities develop guidelines and checklists to monitor whether their plans fulfil the criteria for gender-sensitive planning (again, see Figure 1), especially in the sense of making space a resource for different male and female lifestyles, and in terms of the representation of women (of different ages and ethnic and social backgrounds) throughout the planning process. Critics argue that the criteria are no more than “good planning” criteria regularly used in practice anyway. Some doubt the need for gender planning, as empirical differences between male and female lifestyles are declining and gender as a category of social inequality seems to have lost its relevance in relation to other categories of social inequality. When looking at the outcome of these projects, their built form often does not differ greatly from gender-blind plans, parks and buildings, even when they are accompanied by social, economic, cultural or environmental measures to support gender equality: for instance, the Nauener Platz in Berlin (Figures 2 and 3) was developed according to gender-equality and diversity guidelines. It is undoubtedly a well-perceived and much-appreciated local recreation area with a thoughtful arrangement of street furniture, sound and landscape elements, and sport and playground equipment for a broad range of users; however, at first sight, it does not differ significantly from other small parks in residential areas. 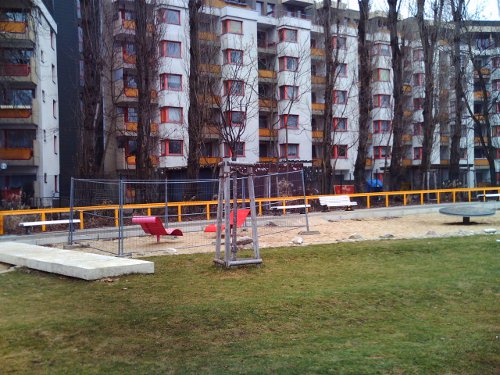 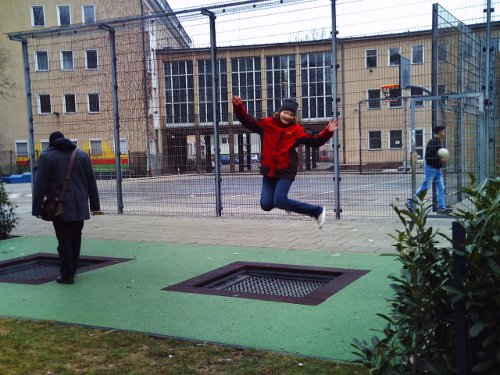 As a consequence, gender planning is attacked from two sides: planners who doubt the surplus value of gender planning, and theorists who miss the critical stance towards patriarchy (Becker and Neusel 1997, p. 226). Due to the different perceptions of space and gender, a translation between critical feminist theory and practice is hard to achieve.

Gender planning can be conceptualized in at least three ways. First, gender planning as target-group–oriented planning: this is related to women-oriented approaches, distinguishes men and women, and strives for their equal representation throughout the planning process. It is reflected in women-oriented park design, public-transportation planning, safety measures etc. and implemented through gendered data analyses (how many men/women use a space, for what purposes, etc.) and participatory procedures that put extra focus on women. Some projects reflect the intersections of gender and other categories of social differentiation (such as age, race and education). However, categories for target group definitions are often essentialist, and their social construction is rarely taken into account. This means of “othering” takes place outside the regular planning process and does not influence “normal” planning institutions. Therefore, there is a risk that it will merely confirm the status quo.

Second, there are multi-optional performative planning approaches, which call for (utopian) spaces that challenge power relations and offer new modes of appropriation. They do not follow the regular means–end logic of planning; instead, participation plays a major role: “Conceiving of participation as a performative practice emphasizes that identities, knowledge, interests, and needs are not represented but shaped, articulated, and constructed in the participative process itself” (Turnhout et al. 2010). Performative planning has been setting the stage for socio-spatial and cultural interventions of multiple urban actors, especially in shrinking East German cities (e.g. the Drive Thru Gallery Aschersleben, the Brandenburg Textile Museum in Forst or the Salbke Bookmark in Magdeburg, all drafted, developed and designed with local residents in an open, undesignated space; processes were facilitated by planners and artists – see Altrock et al. 2006, for example). Performative planning supports the legitimacy of competing uses through symbolic and functional appropriations of space, but it neglects unequal power relations. Not everyone involved in the process of “doing/performing” has the same resources or is able to express themselves in the same way.

A third option is the prevention of discriminatory planning practice by taking the social construction itself of typical categories for social differentiation such as gender, age, race and disability as starting point. Through which mechanisms and processes does spatial planning contribute to the reproduction of these categories – and potentially to their destabilization? This deconstructionist perspective was adopted in the utopian “non-sexist city” imagined by Dolores Hayden (1981; see also Rodenstein 2004). It involves identifying sexist, racist, heteronormative and disabling mechanisms and processes (in Hayden’s model: division of labour, public–private divide, gender stereotypes) and counteracting their effects. The problem is actually implementing knowledge concerning discriminatory planning methods in everyday planning practice, as most planners are not informed about (or even interested in), say, the feminist knowledge that identifies these mechanisms.

There seems to be no single best way to integrate gender planning, especially since planners’ scope of action is directly and indirectly determined by power relations in society. Social-constructionist approaches are difficult to translate into planning practice. Target-group orientations are the most likely to succeed in terms of mainstreaming because they connect most effectively with everyday gender knowledge and with planning processes and organizations. In combination with performative planning practice, non-discriminatory gender-planning approaches may be more compatible with social-constructionist urban studies, as they take the social construction of identity categories into account and make it the explicit object of their interventions. However, they also require a deeper understanding of power relations and their impact on social inequality and hierarchies. The best option, therefore, may be to use all three concepts as appropriate, taking into account actual planning situations and ignoring contradictions. At the same time, feminist and queer expertise and mobilization must continue not only to inform planning practice and challenge underlying collective gender norms and imaginations, but also to develop planning models that are able to integrate more complex and deconstructionist perspectives into formal planning procedures and institutions.