Skip to main content
© Stéphane Lebouché – wir.free.fr
From the Field

Stéphanie Vermeersch & translated by Claudio Cambon - 2 March 2011
Lire en français
What happens to old people when they find themselves in a state of dependence? As an alternative to retirement homes, self-managed housing consists of organizations set up mostly by women who have created spaces where people can age well by taking care of themselves and others.
care / aging / alternative housing
Download PDF
Series: Mutual Housing

If the employment of seniors holds the attention of politicians and the media today, the issues surrounding aging will weigh on public authorities all the more so tomorrow. Housing for senior citizens is certainly on the public policy agenda, especially in terms of the foreseen deployment of an army of assistants authorized to provide home care. However, no one has yet envisaged large-scale, institutional support for alternative housing solutions following Denmark’s lead, for example (Brenton, 1998). 82% of senior citizens in France do not want to go into a retirement home, and 79% of the children who place their parents in such homes do so reluctantly (Sofres, 2009). In 2020, according to INSEE’s demographic projections, 1.2 million individuals in France will find themselves in a dependent situation. Because it seems difficult to conceive of a universally satisfactory situation, a range of options seems necessary. In the meantime, civil society is attempting to innovate in the housing sector, despite all the difficulties arising from a lack of support from public authorities. Thus, alternative housing projects for senior citizens have sprung up. The most successful is the Maison des Babayagas in Montreuil, Seine-Saint Denis, which is about to see the light of day. However, for every one enterprise that gets going, most of the others fail, especially due to a lack of institutional support. If the set-up time, which is burdened by the need to find and convince the various partners, helps form groups of people brought together by the challenges overcome in unison, there is an equal risk of a loss of good will and fatigue for people who by definition are pressed for time.What exactly is at stake?

As of 65 years of age, 77% of all women live alone, while 75% of men of that same age live in a partnership situation (INSEE, 2010). So, it should not be a surprise that the initiatives are coming from women, who experience the question of the conditions of their aging more acutely. A pioneering case of its kind, ideated by and for women, the Maison des Babayagas is slated to accept 15 women in 2011. Its roots are in the life story of Thérèse Clerc, a longtime feminist, the founder and main force behind the project for the last thirteen years. Women helping each other on a daily basis when physical requirements become critical, especially for the many who consider themselves as having already sufficiently “taken care of” men in an unbalanced give and take relationship (Mauss, 1950), is very clear at Babayagas. Living there becomes a way to escape male domination, for women to take care of one another in a spirit of reciprocity and facilitated intimacy. From this standpoint, the project situates itself within a long line of feminist utopias that aim to provide women with a complete place, secure and securing, within a city, in the manner of Herland, as imagined by Charlotte Perkins Gilman (Roussos, 2008). In this utopian society made up solely of women, the inhabitants do everything that men do, and because of the care with which they envelop each other, they even manage to reproduce. Babayagas contains the vigor of this ethic of mutual devotion, which in this case does not facilitate the giving of life, but its departure, and with sweetness and serenity. Most planned residences that assert this lineage are open to men, but few of them come. In Dordogne, the association Lo Paratge, comprised of ten women involved in a housing project that is “in solidarity, self-managed, civic, and ecological,” would have gladly welcomed men, but in the five years during which this now-abandoned project was being formed, only one man expressed any interest… and only over the phone!

Projects both individual and collective

These projects mix the individual and the collective in the spirit of the inter-generational enterprises inspired by the 1968 uprisings (Bacqué and Vermeersch, 2007). It is a question of “living together, but in one’s own space.” The desired balance is as follows: a house, a larger building, or a lot with shared areas (common room, guest room, utility room, workshop, library, etc.), that support group activities designed to permit “different” kinds of social relations, and at the same time individual accommodations that preserve the intimacy of private life, which is at no point subject to communalization. There has been a resurgence of interest in such structures (d’Orazio, 2010). The goal of creating housing that creates less individualism in daily interactions represents a net gain over traditional lodgings. Within the context of generational structures, the interweaving of the individual and the collective also acquires a key attribute: living together is not a comfort added to individual lodgings; it allows everyone to continue to live in their own home. Women can live on their own in individual residences, because they know they can count on their neighbors for help: with buttoning up a piece of clothing, tying a shoe, brushing their hair, washing themselves, making a phone call, or helping them get back on their feet if they’ve fallen or are sick in the middle of the night. It is the presence of this care to the very end, because projects like Babayagas sometimes include end of life accompaniment, that provides meaning to alternative housing projects for senior citizens.

These women share a self-managing ideal that is more or less politically asserted: the project is managed from beginning to end by the inhabitants themselves, from the choice of location, of the architect with whom spaces and materials are conceived together, of the real estate, financial, and legal partners, all the way to managing the everyday details once they have become residents. No management, maintenance, or security delegation is foreseen; the residents themselves see to everything. In this light, the projects resemble the women who spearhead them, but this desire for civic independence, which was politically ideated in the years post-1968 (Rosanvallon, 1976), here acquires a new resonance more in tune with the ethics of care (Gilligan, 2008), because the aim is to show that “old people” are able to take care of themselves.

What do the women participating in these projects expect? Their stories immediately raise the question of preserving one’s independence and adamantly refusing the infantilization that they think goes hand in hand with aging in an institution. Retirement homes are THE negative model to be resisted at all costs. They also evoke their desire to avoid solitude and to preserve social ties; the constant presence of benevolent people renders their existence secure in a full and concrete manner. The group therefore compensates for the small, physical shortcomings of the everyday, and it also provides a social life that mitigates against the isolation and inertia that threaten people as they age. Living here means to be connected, to be active, and above all to participate collectively in the same enterprise. The maintaining of a social connection, living dynamically, and belonging to a collective enterprise, all go together. The Maison des Babayagas and Lo Paratge create this alliance.

None of these contemporary projects can be reduced to such a quick sketch. Some are more political and headed by the militant faction of the baby-boomers that wants to innovate at all stages of its existence (Bonvalet and Ogg, 2009). The Babayagas have associated their home with a project by the UNIversité du Savoir sur les VIEux (UNISAVIE), the University of Knowledge about Old People, and they would like to change society’s opinion about “old ladies.” Others are more pragmatic and simply seek to age well. In all cases, a certain kind of living together appears indispensable for everyone to remain themselves, to remain in possession of themselves (Castel and Haroche, 2001) for as long as possible. A legitimate expectation to which politics should respond. 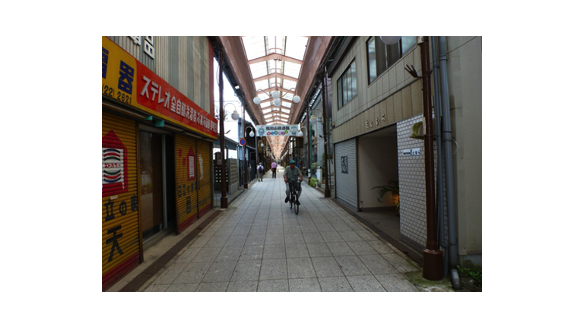 Mitigating urban decline through the compact city? Reflections on 15 years of urban...

Sophie Buhnik - 7 December 2017
To cope with a rapidly spreading and now pervasive phenomenon of urban decline, Japanese authorities have actively... 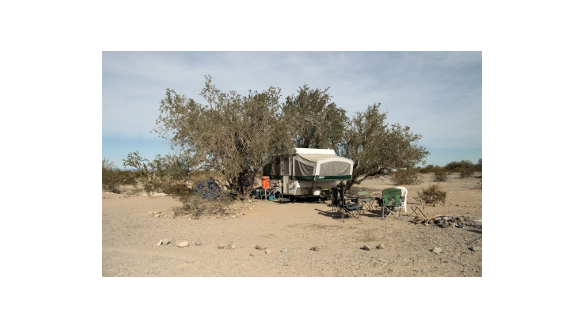 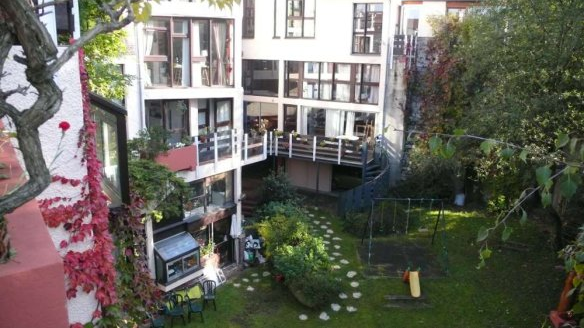 Alain His & Olivier Ratouis & translated by Oliver Waine - 12 December 2012
Alain His, co-founder of the Maison du Val in Meudon, near Paris, talks to us about this self‑managed housing... 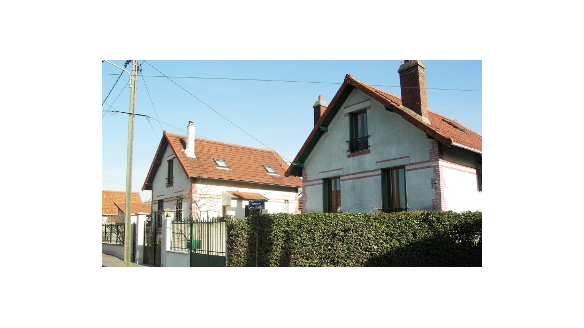 Marie-Hélène Bacqué & Claire Carriou & translated by Oliver Waine - 24 October 2012
The recent renewed interest in participatory housing experiments is, in fact, linked to a much longer history that... 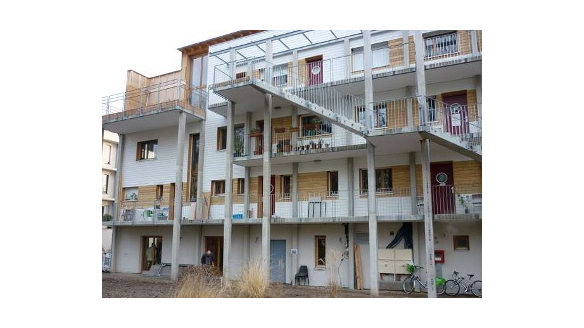 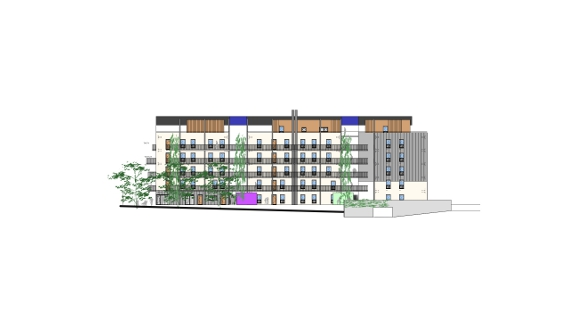 The Vertical Village: the long road travelled by a Lyon housing cooperative

Marie-Pierre Marchand & translated by Oliver Waine - 10 October 2012
The “Village Vertical” development that has taken shape in a mixed-development zone in Villeurbanne, near Lyon, is...